I was watching bizarre foods...

Most of the stuff Zimmerman eats is quite normal/Asian. Stinky (fermented) tofu, durian, weird flavours of ice cream, bugs, and lots more. Personally, I get hungry when watching his show; just a lot of good stuff. I was eating a breakfast of vegetarian (read: fake) fish swim bladders in curry sauce when it hit me, I've eaten very weird things in my short lifespan. (*snickers* Insert your own lesbian joke here)

And I've thought I'd List the Stuff that seems weird:

1) Quail eggs - soft, very yummy. Can be boiled/fried anyway you like them.
2) Grasshoppers - no, not the alcoholic drink. Grasshoppers are crunchy and then rather mealy on the inside. Weird, will probably try them again.
3) Stinky tofu - Okay, I admit I screamed like a Klingon in it's death ritual when I smelled this. The flavour is pretty much rotten to begin with --> had to fight my instinct to not swallow. Interestingly, my mother loves this stuff - last time she went to Hong Kong, she caught one whiff of the stuff from a passing vendor, and literally caught a cab to track down it's location.
4) Guts/Intestines - not bad. This is the stuff you see from chinese bbq places. Usually dyed an unnatural color of red; very crunchy and chewy. Slightly gamey, but very good.
5) Duck's liver sausage - pretty good, but very fatty. Tastes like foie gras, but in tube form. Really good.
6) Durian - smells terrible. Some people say it smells like cat piss/vomit/rotting garbage. I smelt rotting garbage. A spoonful of this was rich, custardy, with after effects of onion. Very weird, like someone left flan or custard out and accidentally infused it with the scent of onion. Never again, the smell lingers, although.
7) Vegan fish bladders - made from wheat gluten/dough. Very chewy and very good. Quite slimy so if you aren't into that texture, don't try it. Great on rice - incidentally, made for Buddhists who are going on their version of Lent.
8) Bison burgers - very lean, very flavourful. Don't overcook this or you'd end up with meat that tastes like shoe leather.
9) Soup dumplings - chinese thing. Made by putting gelatin rich stock into a dumpling along with meat and veg. Tastes wonderful, although scaldingly hot because of the soup. Can be fried or steamed. I prefer the fried version.
10) Hot and sour soup - made with a red vinegar, bamboo shoots, tree fungus and good stuff. Very rich, and very salty sometimes. Is mostly a texture thing. If they put peas in it, you are eating a bastardized version.

I love that show, oh yeah have you seen Bizarre World yet, if not you can find episodes on Youtube. 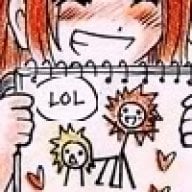 Never heard of the show, but I have eaten strange foods .
=(
Hmmm ..
Tofu, Sushi (Only had it once, doesn't taste like mom's fish at all.) .

I dont alot of strange foods. But I do love the show. I think I'll let Zimmerman handle that for me.

Hop2089 said:
I love that show, oh yeah have you seen Bizarre World yet, if not you can find episodes on Youtube.

Ooooooo...sea cucumber! That should be on my list - I had it, just a textural thing too.
S

Hmm, probably jelly fish. I can't remember the name of it now, but it's a Korean side dish, and it also had sea cucumbers and vegetables in a horseradish sauce.

I would love to try out a lot of the foods in Bizarre Foods, though.
L

It's a little bit greasy, (probably due to the cooking method) with an excellent taste.

One of my neighbors raises ostriches for food/eggs, but I have yet to try either.
G 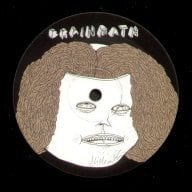 Any/All animal products I ate as a child.

Nothing more weird/bizarre - especially drinking cows milk. I wonder what was going through the head of the first person to do so? "I know, lets suck on a pregnant cows titty!!!!"

Ooo...haven't had that in ages.

Actually, it's funny, the only things that you guys mention that I haven't tried are: fried alligator tail, testicles, and cow skin.

I'm in love with tripe, although. 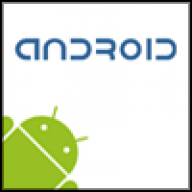 I've eaten a scorpion before which was pretty good. I've also had rabbit pilled with peppers.

i had lobster brains the other night. very strong, very fishy. not something i'd like to try again .
S

I may or may not have fallen

I ate a lot of strange things when i was in japan a few years back but I think the fish jerky was by far the strangest. I tried tongue for the first time when i was there and it was good. I was pleasantly surprised.

Oooo...don't tell my gay & vegan friend that I want to try that; the next time I'm back in Hong Kong/China. They will kill me dead!

astrangeone said:
Oooo...don't tell my gay & vegan friend that I want to try that; the next time I'm back in Hong Kong/China.
Click to expand...

What does their sexuality have to do with anything?

live baby octopus (it was still writhing around the chopsticks and the suckers got stuck to the roof of my mouth)
tiny live, transparent fish swimming in broth with tofu (they cook it in front of you, and when the broth gets really hot, the fish dig into the tofu to escape the heat)
fish taken out of a water tank, sliced into sashimi and served to me immediately while the mouth was still moving
fried alligator (very fatty, and good!)
barbecued rattlesnake (tastes like beef)
barbecued ostrich (nothing special)
raw horse meat (called basashi, love it)
raw beef with raw egg, rice and seaweed (one of my favorites, it's a Japanese dish called yukke)
fermented tofu (hate it, can't stand the smell of it)
fried scorpion (surprisingly good)
grilled intestines (called horumon, also one of my favorites at Japanese yakiniku restaurants)
squid ink ice cream (this was really black, and eating it makes the inside of your mouth look like a black hole)
eel ice cream (really does taste like unagi and vanilla)
wasabi ice cream (tastes like wasabi and vanilla)
garlic ice cream (tastes like garlic and vanilla)
wasabi Ramune soda
curry Ramune soda
cucumber Pepsi (only in Japan)
sweet bean drink (with actual bean chunks)
dinuguan (a Filipino dish in which you boil meat in blood, my mom makes it sometimes--delicious!)
balut (another Filipino delicacy, I call them "chicken abortions" but I love them)

I had most of this stuff when I lived in Japan. I'll pretty much eat any kind of meat as long as it's cooked, and I can handle a lot of uncooked meat. I'm Filipino, so I grew up eating "unusual" foods. Nothing fazes me, and I'll try anything at least once.

My dad loves durian, but the smell of it reminds me of vomit. I remember he used to embarrass me when I had friends over by shoving it in front of their faces and telling them to have some.

GBAChef: Contemplate a religious diet for yourself.