I want to mod my PSP 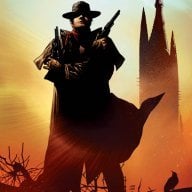 Gunslinger Evan said:
I was just wondering if there was a GBAtemp site equivalent for the PSP
Click to expand...

Google PSP ISO and you'll get there

We have PSP section ( http://gbatemp.net/index.php?showforum=44 ) but in general

There are hardmods but nobody uses them. Everything revolves around a custom firmware.
You have chosen to join at a bit of an odd time:
the earlier king of custom firmwares was M33 but that has now stopped (although it does work for just about every game released up until this summer out of the box and with a bit of fiddling it works with most of the rest)
Today the gen firmware is the must have firmware which should work with every game bar the ones that cause troubles.

If you are before official firmware 5.03 (or at it) then you have the chickHEN exploit.

In the case of PSP1000 and hackable slims (the earlier models of PSP2000) then use chickHEN to get into a homebrew firmware, from that install a custom firmware.

In the case of the later models flashing a custom firmware like the above wins you a brick. Use chickHEN to get into the homebrew firmware (that can not run games) and then use a specialist version of the custom firmware to run it while you have power (including standby mode). Not ideal but it works for lots of people.

If you are above 5.03 on a PSP 3000 or unhackable slim then you are probably out of luck (there was another exploit but it is very unlikely you have the ability to do it (it was patched in an update)

If you have a hackable slim or PSP1000 and are above 5.03 then you have the option of using a pandora battery to load whatever firmware you like including a custom one.

Poke around our PSP section if you want but if not there are loads of PSP blogs (perhaps not anything like gbatemp for the PSP but they do for what you want), a couple from my bookmarks
http://pspcustomfirmware.com/
http://pspslimhacks.com

Thanks tj_cool, I am still playing catch up on the last few years of PSP games so I have not got much beyond CFW Gen exists yet.

Stole to words out of my mouth there...you aren't scared since my sig changed

and if only there was a subsidiary called PSPtemp...

ProtoKun7 said:
Stole to words out of my mouth there...you aren't scared since my sig changed

and if only there was a subsidiary called PSPtemp...
Click to expand...

I wasn't scared, my sig was

But (s)he got some therapy, lol
I'm one of the biggest spammers here

ProtoKun7 said:
Stole to words out of my mouth there...you aren't scared since my sig changed

and if only there was a subsidiary called PSPtemp...
Click to expand...

I wasn't scared, my sig was

But (s)he got some therapy, lol
I'm one of the biggest spammers here

I know it was your sig, but still

And just you wait

Anyway...5.03's currently the only firmware hack, yes (apart from any older)? Still on 5.51 and still waiting for my battery.

Is there any way in which I could download PSP titles via PS3/PSVita Store and transfer those titles to a modded PSP?

A
Login your PSP on the Playstation Network