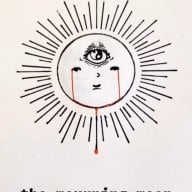 Hi, to understand this issue, I have to explain the history of my switch, the "Problem" happened on September 2018, I had a modified switch with SX Pro since June, it was the 1.2 version of the CFW, it worked fine for a couple of months, and suddenly it stopped working, it gave me the low battery warning, the one with the red battery in the center of the screen, it turned off, I tried to charge it for a couple of hours, and it gave the same error, I tried various times but still the same error. I tried to get help on an Italian forum (I'm Italian), they told me that the switch was probably stuck in RCM mode, but I didn't turn on the auto RCM feature.
Last year I bought a new switch, the let's go edition, after some time I tried to use the old switch joycons on the new console, and it gave me the same error as the hacked switch.
After some tries, I figured out that this error was caused by plugging in the left joycon in handheld mode.
I posted this here in case someone manages to figure out the problem, I would love to bring back my old switch.

RCM jig use right joycon rail. If it is in RCM mode, charge it for a bit and try to push a payload

Now it won't turn on anymore, I tried with the jig and with a payload but no sign of life, I think that by now the battery is dead, right now I'm looking forward to buying a new one and replace it.
R

Just plug it into the official charger and leave it overnight. Charging is very slow in RCM mode. If you have a usb tester you can use that to see if it's really charging.

Homebrew Misc Switch no longer turns on after rebooting to RCM

@ Psionic Roshambo: Here is video of the d o double g eating some flour right out of the bag lol 3 minutes ago
Chat 2