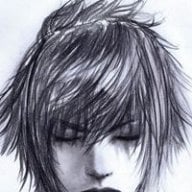 so yeh title says most of it. is a exploit being worked on, also whos spear heading it?

don't know. theflow got fed up with the ps4 scene and left. he's the one who found the 7.02/6.72 exploit. there's probably already an exploit for it. it's just the ps4 scene has devs sitting on exploits, not releasing them, possibly due to childish ways a lot of sceners act. if you've been on here before, some people have even attacked devs, calling them lazy or just all around being ungrateful for their time. a lot of devs grow sick of it.

btw, there's a day one exploit (i.e. an exploit that's existed since the first firmware) that's still unpatched afaik. they're supposed to reveal it at a hacker conference in December. by then, the ps5 will be out so I'm sure fewer and fewer firmwares for the ps4 as time goes on. I'm sure sony will patch it though. I mean they patched the vita ones, and that system was a flop.

Hacking What firmware should I upgrade to for jailbreaking?

Hacking I just bought a ps4 pro with 7.50, need some info for jailbreak