Hacking I think I broke my wii

I think i messed up my wii. If you can follow this link I wrote everything down at the forwarded so I don't waste the site's bandwidth.

Some people are a little paranoid clicking links and stuff... me too.

I just read your pastebin... WTF were you doing? Honestly that's one of the worst attempts at moddin a WII. Sorry man, anyway after reading can you identify the specific issue, because u just added a bunch of shit together for a post. If you specify what exactly is happening now that would help me identify ur problem

i.e. you have a lot of problems. but we need to address the biggest in order to fix this

Since it's apparently still working, I suggest that the first order of business is to follow the 4.2 modding guide at the top of the stickies instead of whatever you were using before. After that I suppose you'll need to run AnyRegionChanger assuming you really did swap regions somehow.

Also, you could have posted all that here. Your average image will waste more bandwidth than any of that.
Z

As requested, im posting all the info here.

My system was on 3.2U. I intsalled bannerbomb according to this instructions: http://bannerbomb.qoid.us/index.new.php and then proceeded to install the homebrew channel with the hackmii installer.
#

#
I then followed the following guide from step 13 onwards (including the side step about error 2011) except from step 17.
#

#
Step 17 - NTSC-U ONLY! simply skip if not NTSC-U
#
17. Run the cIOScorps installer. This will take some time because it patches most of the IOS on the system.
#

#
*(This is the HackMii installer. It is slightly temperamental so be patient. The Gamecube controler can be used if the Wiimote does not respond)
#

#
I tried loading a game afterwards using USBLoader but there was an error with the game and the game wouldn't load. I then tried running a retail copy of a game using the original disk but the wii won't read the disk.
#

#
Having panicked, I erased the homebrew channel from the Data Management screen and updated the firmware to 4.2 in order to fix the problem and also formated the Wii system memory. However, this didn't solve the problem.
#

#
I tried running AnyTitleDeleter as stated above but i get : identifying as SU...Error! ES_identify (ret = -1017), then wipiing off fingerprints produces another error (no ticket and isfs_delete(ret=-102). The database loads ok for what it's worth and then reading the IMD fails.
#

#
The problem is still there and I tried the steps in the guide again from the top (all the steps this time, including bootmii) but when i reach step 13 and run the WAD manager, the system freezes when I select any ISO in the first prompt.
#

#
In addition, the Health and safety screen when i switch on the wii is in black and white, which i am not sure if it's a problem since i cant remember if that's how its supposed to be.
#

#
I suspect that I might have installed a european software somehow since I thought the Wii was european, but apparently it's a USA wii according to the firmware. I only made this discovery in the very end. (noob)


The main problem is that the drive wont read any of the retail copies of the games.
N

I would assume the problem with that would be that you have PAL games and probably somehow changed your system to NTSC so in order to play them you would either need to enable some region free system menu hacks or change your region back to PAL as it probably should be.

But yea, follow the 4.2 guide as fenrirwolf said and see what else must be done after that and don't randomly follow ass backwards guides like the one you used to begin with.
0

wow, well first i guess we should identify exactly what region his wii actually is.

post the first few letters/digits of your wiis serial number

not sure of any others
Z

Thank you for your replies. The serial number begins with LEH.
I purchased the console in Cyprus if that is of any help.
I

zerglin said:
Thank you for your replies. The serial number begins with LEH.
I purchased the console in Cyprus if that is of any help.
Click to expand... 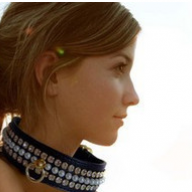 Did you do a bootmii backup. It seems that you didn't from what you posted. But if you did, couldn't you just restore the wii with the NAND backup and start over?
Z

First of all I would like to thank you guys for all your help.
I modded the wii using a guide from the site and then used AnyRegionChanger to change the region back to Europe. This downgraded my wii back to 3.2E. I tried loading Zelda:Twilight Princess from a USB and it works perfectly.

My questions is, should I use this guide to upgrade my wii to 4.2? http://gbatemp.net/index.php?showtopic=171...t=0&start=0
Are there any complications that I should be aware of?

ye that should be ok but i think youll still need to keep it as a pal wii.
R

If you haven't already, I'd install bootmii via the hackmii installer and take a nand backup.

If you can't install bootmii as boot2 then you'll need to look into pre-loader as well so you can have some brick protection.

Also make sure you have the latest HBC installed as the 4.2E System Menu blocks the old channel.
Z

Old Wii (3.4E) Can i still update it and hack it afterwards:

S
Hardware Did I kill my wii?