Hacking I think I bricked my R4i Gold

First off, apologies if I may express a lack of knowledge of flashcarts.

In the R4i-SDHC 'spoiler' section on RetroGameFan's thread it is says that my cart is compatible, yet when I had put my R4i Gold in my DS Lite and tried running YSMenu.nds, the screen froze with white bottom screen and black top screen (or other way around, I forgot). I decided to turn off my DS Lite as it's known to struggle reading game carts sometimes and freeze as a result (because of its age and how much it's been used). But when I turned my DS Lite back on, the R4 was no longer being detected no matter how many times I tried taking it out and putting it back in. I have a 3DS that used to recognise the same R4 without issues but now instead of showing the Konami Digital Entertainment icon that the R4 uses, my R4i Gold is no longer being recognised.

Something that I believe may have caused an issue was the fact that my R4i Gold was running some sort of acekard firmware.
Before I had "bricked" my R4, I'd tried a different version of YSMenu which booted up fine but wouldn't play games and showed a message whenever I tried launching a game which said 'unsupported DLDI name'. That's what led to me try the YSMenu version from RetroGameFan's thread.

Is there anyway that I can possibly fix my R4i Gold? 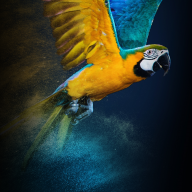 Don't know the card but I wouldn't spend too much time on it.
If you just want to put some games on your DS Lite, try something like the R4 SDHC from nds-card.com.
It's less than $10 and has no timebomb. The store is a trusted GBAtemp reseller so you know you're good. Don't buy from random China sellers.
Last edited by Nisei, May 6, 2020

Hacking Where exactly am I meant to get a flashcart?