Hacking I have got some question about TOPTOY DS

I've got some questions:

-Why does it more cheaper than the other cards?
-How can I setup it first time?
-Am I get any special software for the first install?
-I've got a WIFI Router at home. Can i connect to it?
-How can I use an Internet Browser without SLOT 2 memory expansion?
-Does it work with HomeBrew softwares?
-Where can I get the latest firmwares?
-Does it compatible with any SLOT2 card?

Thank you very much

Compared to other carts, it's got a simple and basic menu system. That's great for some people who value simplicity (it's extremely easy to use). Other people want more features. If you want more features, I'd recommend the Acekard 2 which is only a few dollars more at dealextreme.

The most annoying thing about the DSTT is that its menu doesn't sort roms alphabetically. It also doesn't let you categorize your roms into folders (they are all shown in a single list in the menu), and you need to use a loader program like GBA ExpLoader to run the Opera browser or GBA games (more info on that below). There is a homebrew menu system for the DSTT called YSMenu that overcomes some of the shortcomings of the official menu system (it sorts roms, it displays folders, and it can run GBA games and browser without a loader program if you have a slot2 GBA expansion cart).

Setting it up is easy:[*]Download the firmware. You can get it here: http://gbatemp.net/index.php?download=2134[*]Unzip the firmware archive. It should have a file named TTMENU.DAT and a folder named TTMENU (which will contain a bunch of files). Drag TTMENU.DAT and the TTMENU folder onto your microSD card.[*]Make a new folder on your microSD card called "games."[*]Put one or two .nds files into the "games" folder.[*]Remove the microSD card from your PC. Make sure you always use the "safely remove hardware" to remove the microSD card.[*]Insert your DSTT into your NDS. Insert the microSD into your DSTT. You should get to a menu with your games in it. Click on a game to run it.Yes, you can usually connect your NDS with a WiFi router, but some are easier to set up than others. Whether or not you'll be able to use WiFi has nothing to do with which flash cart you use -- they all work with WiFi if you're able to connect to WiFi with your NDS.

There are homebrew browsers that work without slot2 memory, but none of them support images very well. If you want to use the Opera browser, you have to have a slot2 GBA expansion cart. These carts also have the advantage that they let you play GBA games that are stored on your DSTT. The eWin 2in1 GBA expansion cart is relatively cheap (~$14 shipped at psxboy.com). The DSTT will also work with the EZ 3in1. You'll need to grab the latest version of GBA ExpLoader to make the slot2 cart work with the browser or with GBA games, available here: http://kotei.blog.so-net.ne.jp/archive/c530-1

Yes, the DSTT works with most homebrew, but as with all flash carts some homebrew isn't compatible with all carts.

Wow, thanks! You are amazing!

I prefer the Acekard 2 because it has a better menu system, particularly if you use Bliss' custom menu. Compared to the DSTT, the Acekard 2 sorts the roms, shows folders, loads GBA games and the browser without a loader program (if you have a slot2 GBA expansion cart), and lets you switch between different skins from the menu. But the menu is also beautiful and very fast and responsive. Check out the "review" section where you can see pictures/videos of each cart in action and that should give you an idea.

Can you tell me what's this?

It works like TopToy DS? Why does it extreme cheap?
R

TopToy DS is a slot-1 linker. SuperKey only enabled the usage of a slot-2 linker, which being a NoPass device, TopToy DS can do so as well.
B

I think that's a "pass key" which is used with older flash carts.

Newer carts like the DSTT use slot 1, but require a GBA expansion cart in slot 2 if you want to play GBA games.

So the answer is "no" the card you linked to is not a flash cart and doesn't work like a DSTT. It doesn't actually do anything by itself at all. I believe that pass keys are cheap because there isn't much to them in the way of hardware (I don't think they have any memory in them).

Well, first follow the steps in the second post of this thread to set up your DSTT for running NDS games.

Then make a "gba" folder on your microSD drive and put a few .gba files in it.

Then use the "safely remove hardware" to remove the microSD card.

Insert the microSD into your DSTT, turn on your NDS, and run GBA ExpLoader.

Choose the .gba file from the list to run it.

OK, thanks! I will order it! Is the EzFlash 3-in-1 better than eWin?
J

And how I can convert videos, or MP3-s for my TopToy supercard?
B

Whether the EZ 3in1 is better depends on who you ask and what you want to use it for.

The EZ 3in1 has a rumble built in (although not a very good one). That can also be a problem because apparently some games apparently make the rumble come on when it shouldn't (a few make the rumble play constantly). It's possible to disable the rumble for these games, but kind of a pain. Also, rumble is kind of a novelty and isn't all that great. I only works for a few games, it eats up battery, and doesn't work for GBA games anyway so there's no reason to have it in the same cart as the GBA expansion.

The EZ 3in1 also has 2 different types of memory. It has 256MB of slow NOR memory that allows you to (slowly) load a game onto it that you can then (quickly) play as many times as you want from the 3in1 without having to reload. In my opinion, that's not very useful because it only takes a few seconds to launch a game into the faster, temporary SDRAM of the eWin and it takes a minute or two to load a game into NOR (although once it's there it plays quickly). It just doesn't seem worth it to me to use the NOR, so the extra NOR memory would be a waste of money for most people. The EZ 3in1 has 128MB of faster temporary PSRAM but it's not enough to hold larger GBA games (for those you have to use the NOR).

The eWin has 256MB of fast temporary SDRAM -- no NOR -- and is a lot cheaper as a result. You can load larger games into the faster SRAM memory (which the EZ 3in1 has to use the NOR for). In reality, there are few games that are larger than the EZ 3in1 can load into its faster memory, but still...

In my opinion, for most people the eWin 2in1 is cheaper, faster for large games, and easier to use. For people who want to use the NOR memory or rumble, obviously they would prefer the EZ 3in1.

For DSTT owners, the GBA expansion that is sometimes sold bundled with the DSTT is the eWin 2in1, so the official firmware has a bit more support for the eWin (although GBA ExpLoader supports both equally well).

DPG videos and mp3's can be played with Moonshell. Convert movies from other formats to DPG with BatchDPG. I don't know if any conversion is necessary for mp3's.

Wow, thank you very much

When will they be cheaper?
J

And does TopToy works with OEM Micro SD card? Or Only Kingston or SanDisk
B

At $20, they're currently one of the cheapest carts available, so I'm not sure they'll get much cheaper. They were $40 only a few weeks ago.

The DSTT should work with any microSD card, but you may experience some slow-downs during games if you don't use a relatively fast one. For a microSD, most people recommend a Japanese Kingston (format it with FAT16). If you're going to get a higher-capacity microSDHC (which must be formatted with FAT32), a class-6 one is recommended, like the A-Data you can get here: http://www.newegg.com/Product/Product.aspx...N82E16820211196 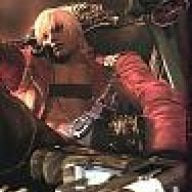 I've got a quick question myself. Where can I get a downloadable Opera browser for the TT? I have the expansion pack.
N

Devil May Cry said:
I've got a quick question myself. Where can I get a downloadable Opera browser for the TT? I have the expansion pack.
Click to expand...

The Opera browser is an actual game, we can't provide a link to it. It's in the rules when you're signing up for GBATemp that you can't give out ROMs, even in a PM.

I knew the rules, it just sounded like a download to me. I was hoping I wouldn't have to keep the Opera Browser I bought and could just have one on my DSTT.
N

Devil May Cry said:
I knew the rules, it just sounded like a download to me. I was hoping I wouldn't have to keep the Opera Browser I bought and could just have one on my DSTT.
Click to expand...

Is it for NDSL or the regular NDS? I want one for the normal one XD

Homebrew DS HERETIC does NOT work!

@ Veho: Unless I'm mistaken, Ophelia_Later's profile pic is Angelina Jolie from Beowulf. If you're... 13 minutes ago
Chat 1