I have a request concerning Mahjong. 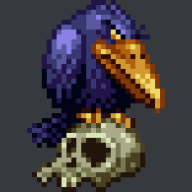 DISCLAIMER: I wasn't really sure where to put this kind of thing, so if any Mods need to, feel free to move it where it belongs.

OK. So I just got into Mahjong, and a lot of the Mahjong games released on the classic consoles were Japan-only. Now, as far as I know, Mahjong is purely a 4-player game (i've seen a 3-player variant before, though). However, these console games play the game with only 2 players.

There's probably more, but I haven't ran into any others yet. And I guess another point to make is that most (if not all) of these games are (naturally, being Japanese games) using a modified version of "Reach"/"Richii"/"Japanese" Mahjong. So anyone who wants to take this on will probably need some knowledge of Richii/Japanese Mahjong, and be able to read/understand Japanese. Personally, I only have minor knowledge of Japanese Mahjong atm, b/c I'm still learning how to play. I can't read or speak japanese though. So I guess I should also add that I have zero knowledge of how to do what I am asking for, so I have no way of helping, unless someone told me what they needed and showed me how to get it.

I'm also not exactly expecting a huge response to this, from what I have seen in this past year, Mahjong (that's not solitaire) is kind of a niche game. So I'd be surprised(but also grateful) if anyone has any interest in what I am asking for.

Has anyone had any success in making their Retroid Pocket 2+ handhelds functional with GameCube/PS2/etc. games?

@ Psionic Roshambo: Handful of Viagra and lots of vitamins lol +1 3 minutes ago
Chat 4