erm i guess most people would say the cyclo (i dont know i havent got any yet, should be here this week tho

the acekard 2 looks rather good too, thats what i ordered, and the dstt - not sure about alot of peoples opinion on it but thats what ive ordered

Or EDGE if you want a cheaper card and don't care about things like RTS.
I

R4 won't brick your DS. All the clones will.
T

What's so cool about sdhc?

first of all, you should know that you really should not care about the price. aim for the best cart. I mean with 60 $, you unlock the barrier between you and the rest of the DS games in the world. Just 60 $. why think to hard? Just grab a cycloDS evo. it can be pricey but who cares. with less than a hundred bucks, you save few thousand. GET THE BEST CART.

and the last line.
ONCE AGAIN, THE R4 DOES NOT BRICK YOUR NDS. ALMOST HALF OF THE DS USERS (or more) HAS BEEN USING THE R4 BUT IT HAS NEVER BRICKED THEIR DS.
(all caps is fun

No, the R4 do not suck, the clones do not suck, and they do not brick your DS. end of the story. It might lack many features when compared to the new carts, but all it is is that it is outdated. but don't consider the R4 a piece of crap because the R4 probably has more functions than YOU.


MasterPenguin said:
R4 won't brick your DS. All the clones will.
no, the clones do not. if you have not tested yourself and you are basing your facts from other people's texts and experience or "opinions", do not even think about saying that the clones will.
and All???
and i remember that one of the R4 clones actually updated their firmware after the R4 team dropped dead.

so no, not all clones do. and none do. It's the way you use them.
but no clones brick your DS. believe me.

because there are up to 32 gb sdhc cards, but only up to 2gb nonhc sd cards.
well HC means high capacity...

R4's ok with several microsd's but it has no features, no updates and there are other flashcards available. So buy a CycloDS, a SuperCard, or a M3 Real Perfect bundle.
J

When upgrading from the R4 to a newer cart (such as a CycloDS, SuperCard DS One, etc.), are the save files transferrable to the new carts? 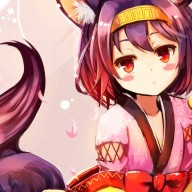 TaMs said:
What's so cool about sdhc?
Click to expand...

because there are up to 32 gb sdhc cards, but only up to 2gb nonhc sd cards.
well HC means high capacity...
Click to expand...

There's regular SD cards that don't conform to the standard up to 4gb.

I need help with R4 Kernel

Hardware Hacking Getting an R4

Hardware What is/was the best Flashcart for the DS family of consoles?