Hysteria Hospital: Emergency Ward
New IP for Wii, DS
A brand new IP is coming to the Nintendo DS and Wii (and PC), in the form of Hysteria Hospital: Emergency Ward. Not much is known about the game, except for it being branded as Comic Mischief by the ESRB. A few gameplay elements such as "patients being zapped in an X-ray machine" and "being soaked in green fluid during skin treatment" were also revealed.

In an interesting note, there are seperate ratings for the Wii/PC version, and the DS version. The difference being that the expletive "Hell" is used by patients during treatment on the PC and Wii versions, but not the DS version. As text on the DS isn't hard to fit in, we're lead to believe that this is purely a voice over.

All 3 versions, however, are given the E for Everyone rating. A full ESRB description can be found in the link below.

so, its theme hospital? 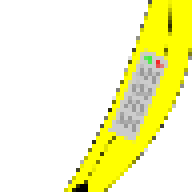 UltraMagnus said:
so, its theme hospital?
Click to expand...

But is it going to be as good as Theme Hospital?
R

But it sounds childish.