This event is unprecedented & all impacts are unknown & beyond anything experienced. Follow orders from officials to ensure safety. #Harvey pic.twitter.com/IjpWLey1h8

​
The latest hurricane in the south, Hurricane Harvey, has caused substantial flooding in Houston, Texas, with three currently dead and thousands who've lost there homes. So far, over 50 inches of rain has been reported, with more rain fall expected in the area.

Our own beloved reporter, @Chary, was unfortunately caught up in this disaster. We have heard from her, and she is physically fine, but she has unfortunately lost her house and possessions. We will have more information on this as we hear it.

All our thoughts and prayers of the Temp staff are with Chary and those other people caught in the disaster.

I'm so sorry @Chary We're here for you...
Reactions: XxShalevElimelechxX, Vinnymac, Anonymous42456 and 14 others

I cant imagine what it would be like to lose my house...
Reactions: Anonymous42456, jerbear64, HackingNewbie and 5 others 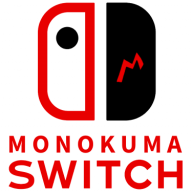 Best wishes to anyone affected by this, stay safe!
Reactions: Anonymous42456, Saiyan Lusitano, HackingNewbie and 2 others

I hope to get news from her as soon as possible. please let us informed.

Good luck to anyone located in that area
Reactions: Anonymous42456, ShroomKing, HackingNewbie and 3 others

can'T believe it
We always think it only happens to others until it happens to us
I am @Chary
Reactions: HackingNewbie, Deleted-379826 and Chary

Cyan said:
I hope to get news from her as soon as possible. please let us informed.

Good luck to anyone located in that area
Click to expand...

I don't know how much she wishes to share publicly, but I can tell you that she's currently in a flood shelter, and thankfully she's safe.
Reactions: Anonymous42456, jerbear64, HackingNewbie and 11 others
D

Oh shit man. So sorry for everybody involved including Chary. Is this going to be bigger then Katrina?
Reactions: Anonymous42456, HackingNewbie and Chary

There are some real heroes out there. A ton of normal civilians have gotten into boats and gone around saving as many people as they could.
I wont say a ton because i'm sure Chary will at some point, but she was saved by an absolute legend of a human being. He got in his boat and saved dozens of people in Chary's neighborhood and probably beyond.
There's lots of stories like this, and i'm honestly just amazed at how many selfless people are out there risking their lives for their community.
Of course all of the authorities, rescue crews and all of them too. But these normal civvies don't get enough credit for the work they're doing.

Sorry if i'm a little incoherent, i've been up all night and day.

Cyan said:
I hope to get news from her as soon as possible. please let us informed.

Good luck to anyone located in that area
Click to expand...

It's flooded but that's as good as destroyed honestly.
No one knows what people will be doing just yet. Everyone is focused on just surviving this horrific event. It's not over yet unfortunately.


VinLark said:
Oh shit man. So sorry for everybody involved including Chary. Is this going to be bigger then Katrina?
Click to expand...

A lot of people are saying it will be the worst flooding disaster in US history. The damage done already is horrific, and it's not even slated to stop for several more days.
Reactions: jerbear64, HackingNewbie, gnmmarechal and 7 others

drazenm said:
What does Harvey have to do with gaming???
Click to expand...

When one of our best members is caught in it, it becomes Temp's problem. Screw the Hurricane, glad to know Chary is safe.
Reactions: Red9419, Deleted User, Anonymous42456 and 13 others

drazenm said:
What does Harvey have to do with gaming???
Click to expand...

You were not forced to read the thread.

Also just so you know, a very important site member and her family just lost their house from the flooding. So instead of having such entitlement towards what was published, have at least a minimum amount of compassion for all the victims.
Reactions: Touko White, GamerzHell9137, jerbear64 and 15 others 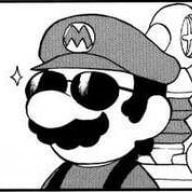 I heard the rain was terrible. Good luck to all the victims of Harvey.

You think to yourself, and you wonder, Houston is America's fourth largest city. Houston is a force in this country's economy. We have millions of people, importing exporting, we are the oil capital.

And it was all destroyed in one day. It's all gone. The town I grew up in? Devastated. The town where I went to middle school? 10 feet underwater. My university? Who even knows, last I heard it was having water get in the front door.

This should never have happened. Our mayor thought it would be good to disregard all advice, and not issue the evacuation notice. We were told to hoard water bottles and canned foods and ride it out. I've lived through Trop. Storm Allison, Hurricane Ike, the two big floods of 2015. None of them really affected Houston too badly.

I nearly died today. I don't really feel okay saying that. But I'm already typing, so what does it matter? My house was flooded with nearly 5ft of water, enough to get chest high, for me to have to swim and sit on a high table and pray things were gonna be okay. I called 911, the coast guard, my friends were looking into any avenue to get me to safety. No one came. I could have died in that house and the police wouldn't have cared. A guy in a boat came by, a neighbor from a few streets down. He'd lost his house, everything destroyed. But he took his boat out, and began rescuing people. I owe my life to this guy, I don't even know who he is.

I piled everything as high as it could go. I dunno what happened to the contents of my house. But all my furniture, my TV, a lot of my things are underwater now. Maybe my laptop is okay? It's all a crapshoot. Things from my childhood, things I love, everything is probably to be the next treasure of Atlantis.

I'm typing this from a rescue shelter. We have one night to sleep here, and then if you have a pet, you're gonna be kicked out. All roads are closed, there's no leaving. Can't get to a hotel, can't get to a friends house. Nothing. The city is totaled.

Why? The government certainly must have the funds to prevent such things. But instead, we had bayous that were 50% full, even before we had any rain. It seems so grossly incompetent.

Tomorrow, I'll be swimming through the remains of my house, to see what survived. The rain is packing in harder. Men and woman are sobbing at the losses they've suffered. I haven't slept in ages. I'm waiting on a cot from the church.

It sucks. Flat out. I'm devastated. Game collections I spent years on are likely gone. Comics and DVDs, figurines and toys, all gone. Before the boat came, I was trying to stack a Super Nintendo on top of a table on top of a chair. I don't even wanna know what happened to my gaming pc. Or my birth certificate.

But I'm alive. And that's what matters, right? I might have to move, or leave Texas entirely. I don't know yet, but for now, my family, my dog, and I am all alive. And I'm grateful to that. Thank you to all the well wishers, it means a lot. I'd feel a little embarrassed if I had the energy to do so, haha.
Reactions: Roboman, Touko White, Taleweaver and 65 others drazenm said:
What does
Harvey have to do with gaming???

This is a gaming site not a weeping wall for America.

I Never read before here about any other deadly world catastrophe etc.
Click to expand...

Because fucking Chary was even affected.
Reactions: Gamer4647, Anonymous42456, HackingNewbie and 7 others

Thanx for the update @Chary , possessions and material goods can always be replaced, but you and your family can not.
I really hope the mayor pays for this and gets removed because he decided to play politics during a national disaster which he was well warned of the flood waters and rain predictions before the hurricane even hit land.

This image went viral, nursing home for elderly people flooded with waist high water, because of the exposure luckily all these people got help and were rescued.
I live in an area that was heavily effected by sandy so im well aware how bad the flooding can be.

@Chary glad that you and your family are safe sucks about the house
Reactions: HackingNewbie and Chary

@Chary I am deeply sorry for what you've lost as a result of this situation, along with every one else in the area. Know that I and others, at least, on the Temp, will be keeping you in mind. Please keep us updated any way you can, but not if it will inconvenience any ability or strength you have right now.
I don't know about everyone else, but I know I'm willing to do what I can to help you get back on your feet and take care of lost possessions, and I feel as though there are others that will lend a hand as well.
Reactions: jerbear64, HackingNewbie, uyjulian and 10 others

I think a moderator should begin a fundraising for chary just to help her, even if we dont collect much, it would be better than nothing
Personally, I would gladly give 25 bucks for her, i know it'S not much, but hey I'm at school and i have needs too, and as i said, its better than nothing
Reactions: Alkéryn, HackingNewbie, uyjulian and 5 others

I wanna cry, guys. It makes me really happy to see such support, of everyone here. I'm gonna get some cup ramen that they made on the school stove, and hopefully sleep. Tomorrow will be rough, but I'm trying to be hopeful.
Reactions: Gamer4647, ZoneBlaze, Red9419 and 29 others