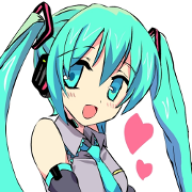 Anyone else noticed this? I for one am ecstatic for Hulu on my 360. I hope it doesn't require Gold. (It will). Gold Fee + Hulu Plus fee = A Little too much.
streaming shows from the Hulu page wouldn't cost Microsoft a freakin' penny, why are they always so greedy.

Also, off topic, but why are Android devices not shown/supported.
Hulu (non plus) should come to 360. It won't happen, because the people behind hulu are retarded.
It's like they dont realize they will make more money just from ad's on the 360. the xbox is "well protected" to say the least. I dont think anyones going to crack hulu.
But, as the list seems to indicate, standard hulu isnt even available on the PS3.

Feel free to blow off steam with me. i've never been so excited, yet so enraged.

For the love of god, no more BS services its a GAMING console, as in meant to play games. These BS add ons are the reason XBL went up in price.

ps Hulu is on the PS3, I have watched it ! one thing I can say i admire about SONY their online service is STILL free !

kylehboc said:
For the love of god, no more BS services its a GAMING console, as in meant to play games. These BS add ons are the reason XBL went up in price.
Click to expand...

and it does play games...

im sure the latest XBL Gold increase fee was due to such new services coming ... sort of kills it for people that only want online gaming

Microsoft should really have 3 services. The Free, Gold (just for online gaming, and demos etc i.e. all game related things) at some 40$ a year, and then Gold + or something, that comes with ESPN, Facebook, Hulu, Last.fm - not to mention most of these services are mainly for US users.

if they do this i may very well consider getting a 360 again.

it reminds me of netflix. You cant have a netflix account or a gold account, you MUST be paying for both.

Hulu wants about 16 USD a month for their plus service. who has that kind of money to "Throw away", when they can walk accross the room, sit at their pc, and watch it for free? for 15 dollars i could buy an HDMI cable and watch hulu from my PC onto my TV. They better have somthing up their sleeve.

kylehboc said:
For the love of god, no more BS services its a GAMING console, as in meant to play games. These BS add ons are the reason XBL went up in price.
Click to expand...

No, the wii is a gaming console. The xbox and ps3 were both marketed and designed to be an all-in-one solution for living room entertainment. Knowledge'd