Gaming Hulu plus vs. Netflix 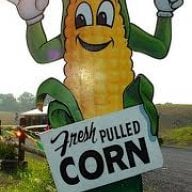 Does anyone here have both? Which service is better and why?

Netflix sucks now. No good movies. Can't speak for Hulu Plus, however.

I have Netflix and I did a Hulu Plus trial. Netflix is way better.

I haven't tried Hulu plus, but Netflix is good for me. It's more about tv shows and anime now than it is about movies.

pokefloote said:
I haven't tried Hulu plus, but Netflix is good for me. It's more about tv shows and anime now than it is about movies.
Click to expand...

Yeah, once I started looking into TV shows, I started enjoying Netflix a lot more.

I would say hulu plus is only worth it to me if there's shows on it that you *must* watch like next day air. I used a hulu plus trial and then paid one month more and then decided to freeze my membership since there was nothing good on that I was interested in. If every show was available for non-PC devices, I may reconsider.

I did notice that the later seasons of family guy played in widescreen format, while on netflix, they're still on 4:3. Maybe I'm just trippin it's like 1am.

But $8 for netflix gives me a million movies i could never watch, plus some of my favorite tv shows like stargate
hulu plus (I only watch on my bluray, not really into watching on my computer) for $8 plus commercials only gave me a couple new tv shows every week that i could probably find reruns of on tv.

Netflix is overall better. The only thing Hulu has that it doesnt is current seasons of shows, even you bizzarely still get commercails even when you pay.

I don't agree with spending $8 a month to watch a bunch of TV shows only to have to suffer from watching the irritating commercials. Hulu Plus should give people the option to block them. Netflix doesn't have commercials, but it seems the greedy douchebag movie industry pulled a lot of movies from there.

This is a good question. I was waiting for 1-2 months for Hulu to come out for the 3DS before I purchased any services, but then I saw Netflix had all my favorite shows on it so I just purchased the service. Still feel like an ass for waiting, I now don't see the point in Hulu Plus.

Crunchyroll brings its anime streaming service to the Nintendo Switch

N
Wii Fit and Fit Plus date and time problem