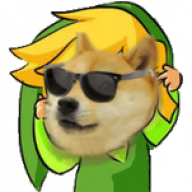 Method 1: It's very simple and the better method, find a friend (mutual trust is needed as you must share account information), have him set his Xbox One as your Home Xbox. You then set your Xbox One as his Home Xbox. This can be done in the settings, and then scrolling to the bottom where it says 'Set as My Home Xbox.' You are now sharing games. I don't recommend trying to do this with people online.

Method 2: It is also possible for one person to have multiple people sharing with him. If one person were to make his Xbox One the Home Xbox for two other people, he can then play his purchases, along with the purchases of the two other people. He can then do this for 3, 4, 5 or more people. This method only works if you know people willing to share their library with you even when you're not sharing yours. Keep in mind this is only beneficial for a single individual; the person who's Xbox One is set as the Home Xbox for all their friends.

Q: Does it have to be bought from the Xbox One store or will this work with Disc Games?
A: It has to be a Digital Game because it uses the Dual License for the game. Disc Games you install but then still need the disc to play it. That means to share disc games, it works like the old days, you take the disc to a friends house.

Q: Will the downloaded content remain on my Xbox One, even when I delete their profile?
A: So long as their Home Xbox is set to your Xbox One, their profile shouldn't have to be there, it is needed to download their stuff however. To be on the safe side, leave it on your Xbox One. The only way you should lose their content, is if they change their Home Xbox back to their Xbox One.

Q: Can you use this same method to share games on the Playstation 4?
A: Yes you can, you sign in as your buddy and then go to settings. You then activate your Playstation 4 as his primary PS4. He will then do the same on his console. There may be a limit on the number of times you can change your primary console so be careful.
Reactions: Enovale, kbmarinha, xstationbr and 2 others

Feedback Friends xbox one s acting like a sires s

Gaming Should i make Series S my home console or my cousins One S?