How do you actually run TCPGECKO with HBL+Loadiine GX2? i saw some tutorial but it seems most of them is outdated and too many steps skipped for me to understand. can you do it if you host the file yourself?

or can i just edit the save for inf money etc? ( for Tokyo Mirage Sessions EU ). is there any tutorial for this? 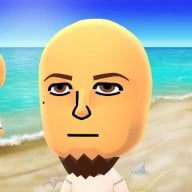 Recreate your Re:Creators by Recreating.

I am in the same situation...
I asked many times and seen tutorials but... I just don't understand because of the damn "IP" thing in the PC and then remotely, put codes in WiiU... idk...

It depends on what you're using to load the exploit. For me I use HaxServer.jar which was included with the original release of the leaked 5.5.1 exploit. After I run the server I load kexploit31.bin instead of kexploit10.bin (31 is used for tcp), tcpgecko.bin, and then the game. After that I attempt to connect to the Wii U using Gecko_dNet. I say attempt because sometimes it don't work so you have to reset the Wii U and try again.

For loadiine I think you do the same thing except you have to enable tecpgecko in loadiines setting or it won't work. You don't have to do anything else to get it to work but just be sure you use the correct IP, and whatever you do don't use JGeckoU because it won't work.

*EDIT* Added Gecko_dNet in case you couldn't find it

i think my console is 5.3.2(all i rememberis its most popular firmware) the but since i spoofed to 5.5.1 i am not sure. as to what load the exploit with? not sure but i just follow the steps on (http://gbatemp.net/threads/the-definitive-guide-to-wii-u-hacking.396828/) the one for android. and when launch loadiine GX2, i dont see an option for enabling tcpgecko

Maybe you are using loadiine GX2 v0.2 ?
use the latest nightly build (v0.3 beta) to see the TCPGecko option.
A

v0.3 hasn't been released yet, those 'nightly' builds are pre-release versions of v0.3. Use those, they're stable as far as I've tested.

the version increased to 0.3 before the official release. it's more like "work in progress for v0.3". I guess we could have name them "0.3 beta" but they are not necessarily unstable beta releases, just intermediate versions.
Current latest stable release is loadiine gx2 0dffac5