Tutorial How To Play Online With Old Firmware On Switch 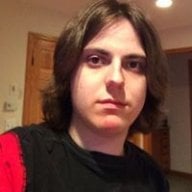 For any of you that feel you have to update your switch because you want to play online, well you apparently don't have to as long as you are careful not to press A on the update button that comes up after you launch a game. I have been playing online since 11 dropped and have been fine on 10.2. I also have updated my games by pressing + on the game I want to update, and going to software update, then hit "via internet". You can tell what games have updates with this homebrew app: https://gbatemp.net/threads/nx-update-checker.557898/

I have an even better way I just discovered though as well. You can delete the latest update by turning off your console, pressing both the volume up and down buttons at the same time, and powering on your console. If you did it right, you should enter maintenance mode. Don't press any of these options, just turn off the console. When you turn it back on, the update will be gone. If you need help, follow this video guide:
Now, once the update is gone, if you just stay online, it will just download again. However, if you are playing a game online, the update will not download, so the trick is, as soon as ur done playing, you need to enable 90DNS or Stealth Mode if you have SX OS.

If you have CFW and you have made the decision to use it online, I advise you use this method when a new firmware comes out to make sure Nintendo didn't add any slick moves to the firmware to detect CFW. I will put a note in here though, I have done pretty much whatever I want on CFW online, but I NEVER use pirated software. That's a BIG no-no. However, I have used LEGIT Backup XCI with certs online before, but now I use Stealth Mode when using them since Nintendo blocked those games from being used online (the console freezes), so I recommend using Stealth Mode while using your legit XCI, then reset the console when you are done so the XCI gets ejected, then turn off stealth mode to upload the save to save data backup. Anyway, I am not condoning using CFW online, so please don't come crying that you got banned. This is just a method to make it less likely to happen and to hopefully avoid ban waves, while still being able to play online.

This method may also be good for people trying to stay on low firmware waiting for CFW to be available on their console, but I can't guarantee it as I'm on firmware 10.2. If anyone else is on a low firmware, if you could try it and let us know if you can play online, please let us know. Thanks!

NEW UPDATE: There is a much easier way to delete the pending update. You can use Goldleaf (https://gbatemp.net/download/goldleaf-nintendo-switch-title-installer-manager.35430/) to delete it by opening Goldleaf, then going to "Console and Goldleaf settings", then press A on "Firmware and updates", then press A on "Delete pending".

Another update: I realized this only works for like a week. After a week, it requires you to update before going online. However, this is still worth doing because if a new firmware has something in it that detects custom firmware, a week will pass which will be enough time to see if people get banned for using that firmware unless nintendo holds off to do the banning until after that week is over, but either way it can't hurt anything.
Last edited by MichaelShawJr, Dec 26, 2020
Reactions: valentina29, KeoniAzugon and Diego788

How to remove game update notification?

@ KennieDaMeanie: Taste buds are a bitch imagine vomit tasting like the same food you just ate everyone would be... 13 minutes ago
Chat 2