Hacking How to distinguish the real AK2 and AK2i

This is the first type of AK2 and AK2i. It has a window in the shell.

Please notice the banner of the chip which AK2 and AK2i used. It called "Actel".

This is the second type of AK2 and AK2i. There's no window in the shell anymore.

We're selling this type of no window now.

The chip on PCB of two types of the AK2 and AK2i.

This is another side of PCB.

Conclusion: 1. The chip on the back of the PCB is "Actel" or little black glue circle. This is very important.

3. Please refer to the 2 items above as the main symbol of real AK2 and AK2i because the package of retail had changed many times.

Since when were there fake Acekards? I know there are Clones (R4i), but fakes? Not seen 'em.
W

@ ShatteredScreens- This is just for warranty/legal reason. There also trying to spread the word about the 1 year warranty.

whatup777 said:
@ ShatteredScreens- This is just for warranty/legal reason. There also trying to spread the word about the 1 year warranty.

No. Look at the last few sentences...

QUOTE(acekard @ Jun 1 2009, 08:13 PM) We do not guaranty any safe use of firmware on fake AK2 and AK2i, and on your DS or DSi. We won't offer one year warranty for fake ones in any case. Please pay attention when you're buying Acekard. Thanks
Click to expand...

I was asking about that, and why the hell would they use photos if they weren't trying to stop people buying fakes? What I was saying is that there are no fakes. And most people know about the 1 year warranty (if they can read). 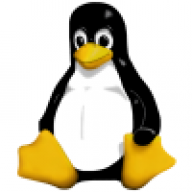 I got an acekard 2.1 from dealextreme.com, black PCB, with the black glue circle. It is exactly as on the pictures except that the "SST" chip is "AMIC" instead. Did I just get the first fake acekard? Or did they just ran out of SST chips and used some other brand for this batch? What do you think?

I would have liked to put pictures, but I'm not able to take some good ones with my crappy camera, sorry.
G

I just received a couple of AK2i from dx, but one of them is springless. Both HWID 81. What gives?
I suppose it is somewhat an improvement... 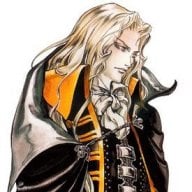 geek_power said:
I got an acekard 2.1 from dealextreme.com, black PCB, with the black glue circle. It is exactly as on the pictures except that the "SST" chip is "AMIC" instead. Did I just get the first fake acekard? Or did they just ran out of SST chips and used some other brand for this batch? What do you think?

I would have liked to put pictures, but I'm not able to take some good ones with my crappy camera, sorry.

i asked to have this thread stickied because of a recent influx of clone acekards. as you all know the r4i, r4 ultra, and a few others are acekard 2 hardware clones. what you might not know is that someone is putting legit acekard 2i stickers on these kits and reselling them. more than a few people have reported having these kits. right now a great way to tell if you have a clone is to run akaio 1.4.1 on your kit. the 1.4.1 firmware has an anti-clone routine which will block its execution on clones with an "unsupported device" error.

if you see this try the following:
run akaio 1.3
run the official firmware

if both work and akaio 1.4.1 does not, open your kit and take pictures after you verify that it is a clone.
take pictures of the "legit" ak2i sticker as well and any included boxes or packaging
submit those pictures (in an e-mail resolution/size) to [email protected]
include where you purchased the kit, who you bought it from, the web site, the e-mail address, etc.

let the team go after these cloners who are knocking off the ak2i.

More and more stores are selling fakes (stores who don't know they're selling fakes and those who KNOWS that they sell fakes) here in the Philippines (and some other asian countries for that matter).

ziv, who also bought a clone then replaced with a legit cart, got the idea of bringing your own micro sd preloaded with AKAIO (ver 1.4.1) with you if you are going to a store to buy a legit cart. Test the flash cart with your AKAIO loaded micro sd to see if it is a real one or a clone before leaving the store.

Thank goodness for AKAIO's anti-clone security to save you from further headaches on whether your cart is legit or not. 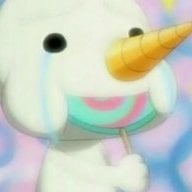 I bought a Acekard 2i a few month's back from consolesource.com. I'm pretty sure the website is as reliable as dealextreme.com, but I can't help but wonder why the shell feels so fragile. It feels like it could break in half (more like fall, break from the seams). Is there anything that says that a fragile Acekard is a fake Acekard? 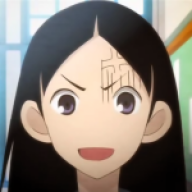 Well, the quality of the plastic is relatively low. If it's worked fine since then, chances are that it's not a fake. 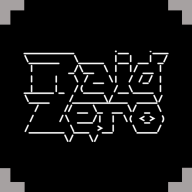 So if my Acekard 2i has the little window thing on the back around the Micro SD card slot its fake? I'm confused. lol.
A

Just try to launch the repack of akaio 1.4.1, if it says "unsupported device", then yes, you've got a clone.
C

then could you tell me where can i buy them, i am currently on western australia on south perth
C

i bought mine off bamboo gaming it was extremely cheap does tht mean it was fake??

i bought my car from the corner and not from a car dealer, does it mean its really a bike? well since i never bothered to check i'll just say it isn't a fake and ride it without any gas in the tires!

I'm concerned that I have a fake acekard and was wondering how do you open it up to see the chip inside? I got it recently so there's no window but the acekard box was flattened out & "self assembly" similar to a bootleg gba game I got once. I also noticed that the micro SD card adapter that came with it, did not always work properly.

just run akaio 1.4.1 on it. if it says "unsupported device" when you try to launch a rom, it is a clone.