How to add more pointers in gba rom ? 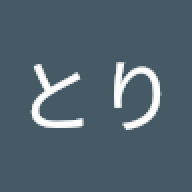 I need translate rom gba to my language but i have 2 problems. The pointers are a bit short so I can add enough characters and some lines are not found in the A-text, someone help me.
And what's more, I edited the character and entered the game where it was a space (just a small part)
My game is pokemon unbound

Pokemon games do have editors so might be a better choice than going manual (assuming this is a ROM hack and not a fan game of course), or is that what you meant by A-text (advance text being one of the main editing tools, though I don't know if people are suggesting it these days as it is somewhat old)?

Anyway you appear to have a couple of issues here, of which pointers will feature in the solution but are likely only a smaller part of it.

If it is advance text then I tend to find pokemon editors generally noted where all the text and pointers to it was located in a base game and given region. From there it is easy enough to combine a table and editor aspect to make a text editor. Trouble comes when someone changes the base location (which some editors could also do if they thought they needed more space and thus could direct it to elsewhere in the ROM), or maybe hacks the game to add some text that was never there to begin with. More advanced programs did better and either were text detection programs or went further back into the code to find where things landed.

I could go cover how pointers work (short version is 99.99% of the time the game will use the 08000000 through 09FFFFFF region, and as most games and hacks are 16 megs or under this leads to the "pointers start with 08" idea that some note and then have variously flipped versions of the location in the ROM after that) but it would seem there is more to cover like tables and general ideas of text hacking (bonus is you can probably use the tool to speed things up considerably by changing small things in it and seeing where the change lands in the ROM) on top of pointers and text handling.
Reactions: paperycandy

B
Gaming How should I insert pointers into a sappy .s file?

Nintendo GBA Jul 25, 2021
biolizardshadow
B
M
i need some help

B
How to find music player information in weird nonstandard MP2K format?