Gaming How many gbs for all the games+dlc ?

Hello, I was thinking about something a little stupid : Do anyone know how many gbs take all of the 3ds games+DLC+updates ? If someone would like to buy all of the games, would it be possible ?

Can't install them all at once unless you open them with fbi anyway.
M

I don’t want to install all of them… It’s just a question.

You are limited to that 300 titles without using 3DSBank, beside there aren't 300 worthy titles of playing. Only someone who collected all of 3DS games/dlc/updates would know answer to your opening post which people won't collect data on them.
Last edited by Hayato213, Jul 20, 2021
M

Hayato213 said:
You are limited to that 300 titles without using 3DSBank, beside there aren't 300 worthy titles of playing. Only someone who collected all of 3DS games/dlc/updates would know answer to your opening post which people won't collect data on them.
Click to expand... 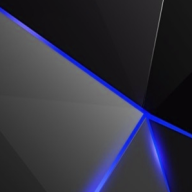 In general I usually have two main options

1) Go on your friendly neighbourhood torrent site and there is often a complete collection available. Sizes as a general figure are given with that and should then give you some idea.

The first two have sizes in a column, the latter seems to be missing them which is odd for them (no-intro have been doing this a long time and are usually the go to reference for things). 3dsdb also has an xml you can download (advanscene has GBA and DS dats but no 3ds one it seems) and might be missing a few (advanscene lists a few more but I don't know if this is just different ordering or contentious releases or something like that)

Anyway get the relevant data into a spreadsheet and you can do a sum of a column and go from there. Can probably even refine further and do all of a given region, or all of a given region plus some exclusives or playable Japanese if you wanted.
Hopefully someone has DLC lists, title updates you might have to find an average for and go from there, or find an average and any notably big ones.

Had a bit of fun with regex and the xml such that I got it into a spreadsheet.
For the 2527 games listed on the 3dsds xml file
sum column "image size" Sum column Trimmed size / 1024^3 (I think it was in bytes so I made it would should be gigabytes)
14776329 1318.60002374835
I think the larger number is megabits (for stupid historical reasons most cartridge based consoles are given in megabits) which would be 1803.75109863281 gigabytes.
Some demos apparently in that, and no title updates nor DLC. That said https://datomatic.no-intro.org/index.php?page=download&s=136&op=dat has title updates and DLC and some of the size columns filled so I guess I will leave that as an exercise for the reader.

Less than I thought it would be actually but I will spare my usual catchphrase as concerns the 3ds library.

ROM Hack How do I install Pokemon Art Academy DLC?

E
Homebrew How can I import saves from Gateway to Luma? [3DS Hacking]