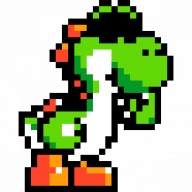 Let's start back in ~2006 before I owned any video games (overkill? maybe. skip this first paragraph if it's too long.). My friend's brother got bored with his GBC and just gave me it, along with 6 games. Great guy. From then on I was pretty fascinated with 80's-early00's gaming, building up a decent collection. Eventually as I got sick of carrying around a console and stack of games, I picked up other hobbies and stopped gaming. Then in 2015 or so I discovered emulation (*I only ever emulate games I also own in physical*). Didn't take long for me to discover that the entire GB/GBC/GBA line was very easily emulated on Android phones. I found roms of all my GBA games, and could finally enjoy playing my old games again wherever and whenever I wanted. After around a year I switched to iPhone and sold my Samsung. Sadly after GBA4iOS went away, there were no reliable ways to emulate on iOS. At least, the only ones I could find were on a monthly subscription to renew the app certificate. I would sometimes play on my original hardware around the house, but I started new saves and everything through emulation and grew attached to those. I also like to swap between my different games frequently when I play, and I grew accustomed to the idea of carrying around just one thing.

A few years passed, and earlier this year after finding my old collection of games, I looked back into emulation and came across Eclipse emulator. Roms ran okay, but not all of my previous save files worked with it. After trying to export my saves for backup, the files kept coming out corrupted (no it wasn't solved by converting the files). I spent about 2 days trying to figure out how to get them out before giving up and wiping it all. I lost hours upon hours of play. At this point I got fed up and looked for alternatives, and this is when I discovered flashcarts. Finally I could carry around all my games on one thing. I always preferred physical buttons over a touchscreen anyway, so the idea of taking all my games along in one cart blew me away (yes I live under a rock).

I picked up the EZ Flash Omega Definitive Edition, and let me tell you, that was the best $100 I spent in my entire life. It is ridiculously easy to just click through my list of roms and boot one up. Anyways I was looking online to see what other people were doing with this cart and I came across @Sterophonick 's custom firmware shared here on GBATEMP (10/10 by the way, if you see this Sterophonick, thanks a ton for sharing that). After a couple weeks I noticed myself ending up on this site a lot when looking into other GBA things as I crawl deeper into the rabbit hole. Lots of cool discussions happening here, so I figured I'd make an account and contribute where I can.

Thanks for reading, see ya around.
Reactions: Kazmar, jeannotte, Blauhasenpopo and 2 others

Hello and welcome to GBATemp!