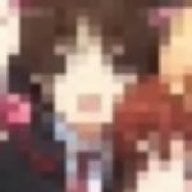 I think it's safe to say that MGS4 is the most controversial title in the series, at least now that modern day reassessments of MGS2 look on it more favourably than when it first released. Some people love 4 for its better gunplay, its more updated gameplay, the twists and turns and answers we finally got in the story, and the overall cinematic direction. Some people hate it for not feeling as much like an MGS game, or because they don't like the direction the story went, or its insane verbosity. So I thought it'd be interesting to see where everyone here lands on MGS4.

Personally, I think it's where the wheels kinda fall off the series. I've always felt the overarching story in MGS was overly convoluted, or at least delivered in a way that made it feel way more complicated than it is. But there was always a simple, self-contained story that could carry you through each game, and that was enough to get you to the emotional beats and feel the impact of Kojima's weightier ideas. Sure, the first time I played MGS2, I didn't totally get Liquid Ocelot's plan or where he was going at the end of the game, but I knew I had to stop this group of terrorists from blowing up the Big Shell, and that helped me stay engaged so I could connect with Raiden's emotional journey and Kojima's commentary on the age of digital information. My biggest problem with 4 is that it's basically all overarching story. There's no one central location. There's no one central villain (technically Liquid, but all the different PMC groups that he controls makes it feel much broader than that). And so you're stuck in the tangly mess of the overarching MGS story, which, on top of being convoluted, has never felt very connected to the emotional beats that made the first three games work so well. And since Kojima didn't originally want to direct this game (only doing it due to fan pressure/death threats), it seems like he decided to go full in on it being a fanservice game, which means it ties way too much into the older titles. There are almost no new characters in this game, and it makes the game world feel frustratingly small. There was no need for Mei Ling, Naomi, or Vamp to be in this game, and it really just kind of confuses their characters, and makes me try to form connections to previous games that just aren't there. Even Raiden and Rose I would have been happy to let go off and live their fairytale ending from 2, especially since this game tries to give them the same ending again without really changing the circumstances.

The tone also feels off for a Metal Gear game. It's just so crushingly, overbearingly sad. That's obviously the point, but it just becomes suffocating at a certain point, or even laughable in how depressing it's trying to be. The worst is the Beauty & the Beast unit, who just get their sob stories read out to you by some dude over the radio. Compare that with how MGSV handles its tone. Its also brutally dark and depressing, but it doesn't just present sad things and then move on. It feels like it works up to them naturally in the story, and deals with the consequences. It also has its depressing things happens to characters we know and care, rather than just shouting at us that some sad things happened to some sad people. Plus, it introduces new sad things that happen all the time, rather than just beating us over the head with how Snake is old and sad now, and people think he can't handle the mission, and they want him to be healthier. I understand that decay is a major point in the game, and that no good thing can last, but it just becomes obnoxious at a certain point. And what levity we do get mostly comes in the form of Johnny, who, I mean, bathroom has always been present in MGS, but this just feels broad and way way way too over the top. There's a lot of fun meta jokes and callbacks in the Shadow Moses Island sequence, and that feels more in line with how MGS usually operates. But it's sorely lacking from the rest of the game.

The gameplay is okay, I guess.
Reactions: DoctorDizzyspin

I found it to be a chore to play, honestly. I liked the concept of Old Snake, and the stress management was an interesting spin on things, after they tried to throw so many interesting ideas at the wall in MGS3. But the Camo Index never felt as fun as 3 with the Octocamo, and I think the level design just didn't fit what the game was wanting from the player. It felt like the game wanted you in cover nearly all the time, in situations where you weren't really sneaking, but forced to watch something crazy happening and involve yourself in a brawl.

What comes to mind regarding that is the tall building escape with the rat patrol or parts of Shadow Moses where there were ridiculous amounts of robots without any Chaff to throw. There's no way to get into cover, that I recall, and I tried. So it feels more like you have to deal with what feels like the clunkiest MGS yet without stealth to rely on in situations. I recall thinking, "what is this, Gears of War?" a few times, with how much I wish I could lean against cover (which was a thing in 3, too, with the leaning that was even better and afaik not present in 4)

I think 4 suffers from trying to tie too many things together. You've got Meryl back, which is cool, I like that. But then you've got this whole squad she's with that serve no purpose other than to take away from scenes. We're 4 games in, literally who are you losers? I don't care. And they also go nowhere, at all. Why?

Rose is back, but she exists just to be there for a convoluted loop back into Raiden's story, to tie it off. But she serves literally no purpose in the game other than to admonish Snake for his stress level...with the exact same lines every time you call her.

Speaking of which, gosh the codec blows in 4. I went out of my way to call and call and call, because calling Rose in 2 was like being treated to a new episode of a soap opera, EVERY time. So we get 2 hours of cutscenes at times that have so much padding and extra crap, only for the other fun things to suffer. I like Kojima's cutscenes but not when they make the other aspects of the game worse.

Like you said, too, Vamp is only there for Raiden. He has no role to serve other than just being like, woah, woah look it's Vamp! And he barely serves a purpose. I think he gets as much airtime as the worthless soldiers from the rat patrol. So both new and old characters get absolutely wasted.

I think Naomi was the only one who really benefitted from anything, and even then, barely, and only because she hadn't been seen since MGS1.

The beauty and the beast unit are literally the worst. Both from story and gameplay perspective. Yikes.

That being said, I find 4 worth it solely for the ending and Big Boss's final speech. Those were delivered so well, and I loved every moment of it. The ending with Snake and the suicide fake-out were also one of the few times where the incredibly bleak tone of the game really pulled it off and earned it, imo.

Plus, we got to literally have a gundam-godzilla-idk-wtf fight with Rex and Ray, and the amazing boss fight with Ocelot at the very end. When 4 does something good, gosh dang is it good. But those good moments are mired in a lot of crap.
Reactions: relauby
You must log in or register to reply here.