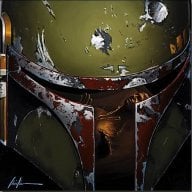 remember that lately the games can be forced to other region so if your TV is capable of PAL signal, you might want to change with AnyRagionChanger the video output to PAL, then save and reboot, that is how you can make your games PAL to run on NTSC...!!!

BTW: you really should read other thread before posting a new one

Ya I've read other threads about Overkill PAL, however, they all deal with it in a backup launcher which I really don't need, cause I don't use them. And overkill can't be forced into a region otherwise it wont work.

This channel can't be used (vWii)