For homebrew programs, such as DSOrganize, should I be using the .nds or the .sc.nds for a SCDS1? I figured I should use the sc.nds but the readme for DSOrganize says that the sc.nds is for older supercard products. Can someone please clarify? Thanks

i used either if them. i use beup.nds and it works perfectly. the .sc.nds also works... but im not too sure which is recommended

You should use the .nds one.
E

Thank you for the quick response

If it was a slot-2 Supercard, I'd say either one would work fine, though if you had an issue with the *.nds you should try the *.sc.nds one instead. However, since you have an SCDS, use the *.nds one.

*.sc.nds is the same thing as *.ds.gba which is meant to run from a slot-2 device with GBA compatibility. The only reason *.sc.nds exists is because slot-2 Supercards used to require *.ds.gba ones but would only launch them in DS mode if they ended in *.nds, so the *.sc.nds ending was born. It's merely a rename, and it's mostly unnecessary now since the slot-2 Supercards now launch both of them fine as of firmware 1.81 or so. 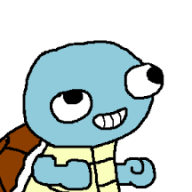 Popcornwas said:
if you have r4 use nds or sc.nds if you have supercard use sc.nds
Click to expand...

Thanks for reviving an old topic. But as already mentioned, .sc.nds is only for old slot-2 supercard flashcards (like supercard SD, supercard lite). Today, the only file you need is .nds.

Look who is back 😉 need some help lol

[Question] Can somewhane help me to compile this .nds homebrew game?