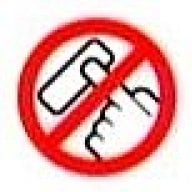 So A "Few Months" Back I Have builded a new pc, BUT my pendrives did not have enough space to install windows 10, So I had the incredible idea of "stealing" the sd card of R4 [Gold] but this was a terrible idea because sometimes the card did not even load "did not appear in the home menu" I had to take my card and put again to can load "perfectly" but the entry of the card slot was very "tight" so I decided to put the my nail to take the bastard off the card and i clearly knew that it would break the game card slot connection,so I didn't get the R4 card BUT I took the system sd card [32GB], so get ready for the story of My Old 2DS Painful Death, STARTING NOW!11! [my 2ds was in my cabinets for 4 months]

And Then I Backuped My Data On Another Drive And I Installed The Windows On That SD Card And The Reinstalled The Windows Reinstalled Again and..... [10 times i reinstalled the windows agin, dont tell me why] FINNALY Today i Checked If The System Files Are Ok, The I Searched Up My Screwed Samsung SDHC Mini SD Card Converter To Normal Sd Card, And Then I Put It ON My 2ds and it turned on with a battery warning light and.....

I Removed The Sd Card And Put It Again AND BOOM Luma 3DS Configuration Showed Up I Was Happy for 1 minute only,I pressed Start Because I wasn't in the mood to do that setting all over again, so the system menu appeared but where's my applications? the zombie system showed up to me that the sd card was locked up and the i removed the card an unlocked it and apeared that it cannot detect the sd card and i removed the sd card a put it again and boom when i press the power button it turns on and at the same time turns off, i was already waiting for this to happen so i was planning to sell for the withdrawal of parts for other people to use because I do not find this console more fun for me the games are good but not enough that I was waiting from the time I opened the box, I planning to buy nintendo wii and unlock it [homebrew]

- SD CARD Loaded From Screwed Up r4 card that comes in the box
- console is 4 years old
- u can help me
- may explode because for some reason the console does not like that I remove the card sd [it gets stuck]
- AND FINNALY but not, i hate you nintendo for put camera in your consoles it looks like the [ I FOUND AN FANTASM IN MY BASEMENT] with an horrible video quality
- why internet browser
- used google traductor [you trial is over]

I Need your help Gbatemp!

View top chatters
Open in popup
T @ TheRealDeanMeTn: nope all triwing lol gonna need to ask my neighbor if he has a triwing 3 minutes ago
Chat 4