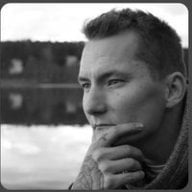 Im 39y, and im from Finland. Im an oldtimer In FPS games and have played since mid 90's. I was ranked 4th Best In the world In a game called: SiN. I remeber way back In the day, i logged in to this one Discussion Forum because only they had a stats tracker (cant remeber the name of the forum or the adress anymore), and in World Hall of Fame i saw myself ranked as #4 best in the world.
I played that game day and night and my internet bills were HUMONGOUS! I had 128kb ISDN modem and that modem made me crazy, because of all the connection failures it had. Literally every other game or so. Those modem WERE pain In the ass, and anyone who gamed In those days can relate.
I live In Finland and the game servers didnt exist In our part of the world at that time. The game had like 6 or 8 U.S servers and one EU server, and the EU was always empty or 1-2 other players. So i had To play on U.S servers And remeber 128kb Dual Band ISDN modem does not give good ping on U.S servers so the ping i got was about 280ms - 360ms.... But i had To work with it and managed To play anyways.
I was a deamon with the sniper rifle in deathmatch and there was only one guy who got close To my LVL with the sniper rifle and i was the one who helped and trained him on many many nights.
I remeber his Gaming Name tag and it was DaVirus. He was from Baton Rouge, Louisiana U.S.A.
We talked alot, told about our lives to each other. That was the first time i connected with someone on deeper lvl from a PC shooter game. He had 2 Kids and a wife named Carey. Carey had to type for him in the text chat, the reason he told me, was he being really slow with typing and spelling hard. He did write when he was alone at the house and i always got what he was saying and what he meant. And i didnt think he was that slow attyping either. We talked alot trough the text chat and on the phone also, because there was no in game voice chat. Only these crappy "Voice Call" programs, with horrible audio. On one of our long and expensive phone call conversations, he suddenly asked me if i wanted to travel to U.S.A, and visit him there IRL, in Baton Rouge, LA. I was 18 or 19 years old at that time, so i told him i didnt have that much money. I researched the internet and found out, that the flights from Finland to U.S.A cost ALOT, about 1500€-2000€. So 2K from the flights alone and i would need even More than that, for the hotel and living costs. We talked alot on the phone about me going In there, but money was a big issue. One time on the phone, he suddenly offered me the chance to stay and live with them during the trip, so accommodation and money wouldn't be that much of a problem. At one point, he told me that he was even ready to pay half of the plane tickets so i could come. That shows how serious we were on about me travelling there and meeting In real life. He also offered me a temp Job at one point from his Electric company, so i could make some money while staying In there. If i remeber correctly, he and his family has owned the Electric company for a long time.
But i was 19, no savings and i didnt even have a passport so it never happened.

But FPS games have been with me almost my whole life. 25 years.
AND i still suck at them!
Reactions: Nikokaro

Hi DumZy.
It's a pleasure to welcome here a fan of FPS games as, on the other hand, yours truly is too.
Your personal story is very interesting: certainly if you could have moved to the US, you would have turned your life upside down; I don't think for the better.
But you would no longer have lived immersed in your beautiful northern landscapes. From my point of view, you did well to stay.
I'd like to inform you that my experience with FPS games precedes your SiN: have you ever heard of Heretic, Hexen, Doom, Quake, Duke3D? No kidding. I still enjoy them on my Hendhelds.
Enjoy your stay here.
To SiN champion...

Hey NikoKaro! Thanks for the reply! Im glad that i stayed here. I have 2 beatufiull bots and life is good.
Yeah i have also played Quake, DukeNukem, Hexen and also Wolfenstein. My first gaming setup was Amiga 500.and then upgrade To Amiga 1200. I played lemmings, Shadow of the beast, Giana Sisters etc.
Then i got a christmas present, PC 356 and ion that i played my first FPS games as Quacke etc..
Nice to se there is other oldtimers out there!
Keep it up!
Reactions: Nikokaro

Let's see if you know these FPS grandfathers: Catacomb-3D, Black Stone, Ken's Labyrinth, all for MS DOS. The very first of this genre I ever played: I think very few here will know them.

And since you mentioned your legendary Amiga500, what about my Commodore64 and IBM 286 PC?

Covid brough me back...

Trees are spying on YOU! The truth unveiled.

The Edge of the Forum Nov 9, 2019
slaphappygamer

@ Manu10MGG: anyone who has solved the befreind code for pmd dx? 1 minute ago
Chat 5