Hacking Help! Updated to latest firmware and now console semi-bricked (an old unsupported FIRM has been.. ) 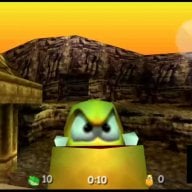 WenMan said:
Hello,
I had CFW installed in my old 3DX XL long time ago, I then wanted to update to newer FW version (11.14) and started the process.
Unfortunately the console would not boot anymore: Blue light on and both screens black.
I've read a few threads where people suggested updating the luma files in the root of the SD card, I did it but unfortunately still no boot.
I've found a few more threads and finally found one that listed a few key combinations to bring-up the luma menus, I've booted into
Hourglass9 (v1.20) and did a SysNAND restore. Operation was successful however now I get a screen that says:

An error has occurred:
An old unsupported FIRM has been detected.
Copy firmware.bin in /luma to boot

What firmware.bin should I put in /luma???
I've tried a few files, but I always get the above error.

"Sollution: Just do ctrtransfer with Decrypt9. That works "

"Sollution: Just do ctrtransfer with Decrypt9. That works "
Click to expand...

Don't do this, literally don't do this. This goes for both bumping old threads and also recommending ctrtransfer with Decrypt9. Decrypt9 is grossly outdated and has been replaced with GM9. Most issues are not going to be solved with a ctrtransfer and recommending that solution isn't helpful.

ARM11 undefined instruction error when SD card is removed, although luma has been flashed to ctrnand.