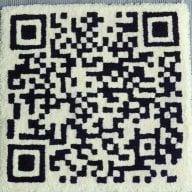 I don't know if this is the right place to ask this but in my sysnand on atmosphere, pokemon home was working fine, until I decided to dump the exefs and romfs in nxdumptool, which now that i'm thinking about it I don't know why I did. After that i try opening pokemon home and it says "software closed because an error occurred." I reinstall the home and i still get the error. What was weird was when I load into stock, pokemon home runs perfectly fine! I check for any corrupt data in system settings and it says there isn't any. I have loaded the game in multiple profiles, tried multiple ways of removing and reinstalling the game and it still says the same thing. I have reformatted my sd card 2 times and still nothing. I don't know what to do.
T

I don't know if you need sigpatches for your own game dumps.
Maybe try to add the latest sigpatches.

Update, i deleted atmosphere and reinstalled it and now it works fine.
Last edited by distorted_, Oct 20, 2021

J
Help, corrupted everything updating to 13.0 and lost.

@ Ophelia_Later: im having trouble getting the file ntr-forwarder and i can't play my roms downloaded to my o3ds xl 25 minutes ago
Chat 1