I attempted to hack my wii and something went wrong on the way, not quite sure what though.

At this stage, I can't launch Wiiflow (wii crashes) or sciifii (wii crashes). I can't even install cIOS (any version): launching cIOS kills access to the wiimote so I can't confirm that I want to install.

I am thinking I should get the Wii back to its original state and start again from scratch. The warning message from Wii before it attemps to download an update is pretty ominous.

Should I do it? Should i do it another way? Is there really a risk it'll completely ruin the Wii? 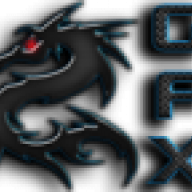 what did you follow to hack the wii in the first place?

does you wii boot to the SM ok?
R

I can boot to SD (what's SM?) without problems and open Homebrew.

I followed some steps given to me by my kid brother who successfully hacked his Wii, but frankly it was a little while back. The overall attempt had to do with installing ios249 (or something like it, I'm sure about 249) throughout the wii, among other things.

I started, as far as I can remember, by running cIOSCORP 3.5 main installer, which did a bunch of stuff and dinged on the fact that I was missing a cIOS (thingy). As the whole point is to gain access to the external hard-drive, this is kind of key.

BUT as mentioned, I can't get the cIOS to run properly, it kills the wiimote communication. I tried versions 15 to 18, nothing for it, I can't confirm the install.

Launching Sciifii results in a dead wiimote and a black screen on the wii and requires a soft reboot.

Hmm I'm sorry but you're assuming I know more than I do.

Where from? somewhere on the SD card? On the Wii? How do I access and delete files on the Wii?

I suggest Dop-Mii. Put it in the \apps folder of your SD card and run it from the HBC.
R

Right, so I've downloaded Dop-Mii and ran it but... I don't know what I'm supposed to do with it, I wasn't able to find a "Dop-Mii for Dummies" manual.

I'm sorry, I know it must feel like holding the hands of a 2 years old but if someone could give me through how to get a full restore, I'd be very grateful.

rodolphem said:
Right, so I've downloaded Dop-Mii and ran it but... I don't know what I'm supposed to do with it, I wasn't able to find a "Dop-Mii for Dummies" manual.

I'm sorry, I know it must feel like holding the hands of a 2 years old but if someone could give me through how to get a full restore, I'd be very grateful.
Click to expand...

Brilliant, that got me almost all the way there, thanks.

With IOS249 not installed, Wiiloader gives me an error message that it needs IOS249.

If I install IOS249 through DOP-Mii, Wiiloader no longer gives an error message. Instead it crashes the Wii.

Any further tips from you great guys?
R

All done, thanks to USB Loader GX.

Thanks to all of you who helped with advice.
H

I read as much as I could before I modded my Wii. I have not had one problem on my Wii or the 8 others I've modded.

@ kenenthk: Only the most important humans will have nvme installed in their head 11 minutes ago
Chat 4