Kindly help me out...

I am from India and I hve the American Wii console...some how without an internet connection I managed to install letterbomb, bootmii,the homebrew channel & the priiloader and configured by enabling the necessary settings such as ,

All these thing I did is without changing the DNS addresses as mentioned in the videoS on youtube... i.e, without internet connection

As my wii console is not connected to any wifi network d2x cIOS installer is getting failed eachtime...
My question is can I connect to my wifi...as it is softmodded ( installed bootmii & the homebrew channel & priiloader) ....or should I change the dns 0r the ip addresses as mentioned in the videos...??


If I connect my console to wifi with or without these dns settings will it get bricked...?? Or will it brick only when I click on "OK" for an update..??

Kindly help me out pls I want to connect my wiii console to internet without getting my console bricked.

I have moved it to the correct section. so you are likely to get a better answer and more help.
Reactions: MORSHU8KRTXON and Alexander1970 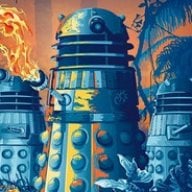 You can connect to wifi without a problem but I can't remember if I changed DNS settings or not. If I remember right, one of the reasons for changing DNS was so Nintendo updates would be blocked. That was more for years ago when FW was changing.

Use Modmii's main wizard as if the wii were a virgin, even if it isn't, It's okay to repeat steps.

Directions on running and posting a syscheck can be found here
https://gbatemp.net/threads/posting-a-system-check.300279/

Afterwards just drag and drop your syscheck.csv onto modmii.exe and it will analyze it and make some recommendations for u. It will give u all the files needed and generate a custom guide for u to follow

Edit: you can safely connect to the internet, but I would advise against official updates. If the console was poorly region changed and originally Korean an official update could load to 003 brick. The process I described above can update u without this risk, and with the wii offline (or online makes no difference)
Last edited by XFlak, Sep 20, 2021

If you have access to an internet connection (which I assume totally possible because you're here) and access to a SDCard slot (on phone) you can manually download the required cIOS to the root of your SDCard in order to do a manual installation.

Just don't ask me where to download such cIOS because that's illegal.

when connecting to a wifi network make sure to click "no/decline" when it asks you to update... if you don't it will most likely brick your wii, appart from that it's totally safe.

Official updates are generally safe, they will only brick consoles that were originally Korean, and region changed to a dif region, and the Korean Key is still in the Seeprom, and a custom ios80 isn't previously installed (i. E. Ios60 installed to slot 80).