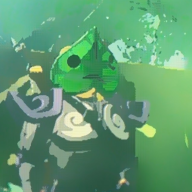 I'm trying to duplicate breath of the wild on my Wii U, in such a way that there are 2 separate installations on my wii U (one vanilla/backup, and one for installing mods) however I am having trouble with it.

1. Renaming my original install's internal folders (which have the name of the title id) (then was planning on editing the meta.xml and app.xml), but ftpiiu kept giving me a 550 error when i tried to rename the folders, so I abandoned that method (I would have installed the game through the eshop normally afterwards, thus giving 2 separate installs)

2. getting my dump of the game, modifying the meta.xml and app.xml files, then repacking it with nuspacker. This seemed to be working, as it successfully packed (being the same size as botw normally) and installed through wup installer gx2, but when installed on the wii u it showed up as "???" on the menu and I had to delete the game. (although the custom name i set for it in the meta.xml showed up in the data management when i deleted it)


I have CBHC installed, I want to get the separate install working first, and then afterwards install the mods through FtpiiU-everywhere

Any help is much appreciated, I may have missed a location that references the title id, or messed it up somehow. I haven't touched tickets so far and hope I don't have to because I have no idea if they will work for something like this or how to properly use them, but I assumed (possibly wrongfully so) that it wouldn't matter because CBHC removes signature checks


In case anyone is wondering why i want to use this method: I have tried both loadiine and sdcaffine, I don't want to use loadiine because it talks ages to load, and I don't want to use sdcaffine since it unloads mods every blood moon and is not an ideal gameplay experience. My computer is not powerful enough to run CEMU well. This method also allows me to still play vanilla breath of the wild which I want to do still without having to manually remove my mods.
Last edited by Drazini, Jul 29, 2021 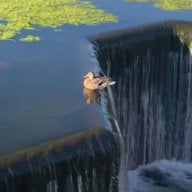 Install the european version of the game

hug0-a7x said:
Install the european version of the game
Click to expand...

I can't believe I haven't tried this, will it work without further modification even though my WiiU is NTSC? (I have CBHC but have not messed with anything that would change my system region)

Its work. run CFW or use coldboot. u dont need to modifify your wii u region. install and play

hug0-a7x said:
Its work. run CFW or use coldboot. u dont need to modifify your wii u region. install and play
Click to expand...

Awesome, thanks so much for the help. I have coldboot so it should run fine
Reactions: hug0-a7x

Hacking Can I change title ID of inject channel?

Gaming How do I install WUD files into my wii u?

@ kenenthk: These pills knocked me out 49 minutes ago
Chat 0