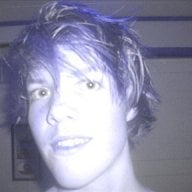 So i kind of downloaded som WAD WiiWare games and VC games to my Wii with the Twilight hack
But i'm a noob. So i deleted the okiraku ping pong game, because it was only displayed on "Channels", and not in "save data"
And also, the GAME didn't work although i could press start. But the screen turned black.

But now i have finally understood the risks of doing this. Like Nintendo banning me from online or bricking my wii.
But i read that when i have deleted the games from the Wii, and not with the WAD uninstaller, it will be saved with nintendo (oh god.)
So now i can't use the Shop channel safely, because then they will notice my fake ticket and have a flag or whatever.

I just want my Wii to be back safe and download games propperly. Does the formating make my Wii completely clean?
Or is there something else i can do?

Remember, i'm a noob, so when answering me, answer like your talking to a guy that doesn't even know what a video game is...
that was a bit over the top... 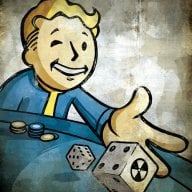 Formating does clean the system clean, but you can alsways use the WAD UNinstaller. Gets rid of everything to do with the WADs
Hope this helps
Plus Nintendo wont ban you! lol

desmayer said:
Formating does clean the system clean, but you can alsways use the WAD UNinstaller. Gets rid of everything to do with the WADs
Hope this helps
Plus Nintendo wont ban you! lol

Thanks. So the WAD UNinstaller actually removes all proof that can make Nintendo ban me? Even if i have deleted something from the Wii the normal way?
Hmm, sounds good to me! You know, in the future Nintendo might start to ban people.
Because, they can!

If you fear being banned by Nintendo in some way, shape or form, then do not pirate software.

AshuraZero said:
If you fear being banned by Nintendo in some way, shape or form, then do not pirate software.
Click to expand...

i figured that out, AFTER i started hacking. You see

Hacking Can I delete .WAD files after they are installed?

O
Hacking Delete all mods on my Wii