Gaming Having problems with my Wii? 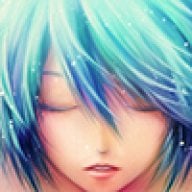 (Not even sure if this is the right place to post this, but here we go)

Hey, I recently tried to play my Wii after not playing it for a while. I plugged in and set up the Wii like usual, sat down and turned it on. First off, it didn't start up straight away. The TV screen was blue, as if the Wii wasn't on at all, and it stayed like this for about 3 minutes, before finally coming on.
Next though, my Wii remote wouldn't turn on. No lights or anything. I tried changing the batteries several times, but with no success. I also tried the sync button, but that didn't do much either. The Wii still turns on, but still takes ages to start up. Can anyone tell me what's wrong with it?
Thanks in advance,

For what its worth, bluetooth module dieing USUALLY results in a fully black screen and never starts.
Not saying you are wrong, just saying usually this is the case, I haven't heard of it delaying start up
M

When it eventually starts up, does your wiimote connect?

M1r0 said:
When it eventually starts up, does your wiimote connect?
Click to expand...

Nope. Wii remote still does nothing, lights don't flash at all.
M

Bootmii is set as boot2, but the SD slot in my Wii stopped working a couple of months back.
M

Hmm... Try getting an sd card replacement.. could be a good idea, if you have bootmii as boot2, then if it is a software brick, you will probably be able to recover. If it is a hardware brick, you could uninstall homebrew send it in to nintendo, or try to fix it yourself.(or third party). Deadlyfoez offers SD slot replacement on wii's, and you may also be able to ask him to see if your wii is having any hardware issues also..

Bricked Wii, no way to salvage?

@ Dark_Phoras: Wii, what a useless console 1 minute ago
Chat 1