Have you tried Programming?

Thought this would be a good topic.

Question: Have you ever tried programming? What programming language was it? Did you make anything using it?

(By "tried" i mean studied and have used it to make stuff, ie programs or homebrew, i dont mean you used a tiny bit of HTML in a sig

For me i started to study C++ for Nintendo DS Homebrew, i lost interested after 2 weeks of studying but i still have all the stuff i used, a few C++ examples i did, some sites i used etc..

Yea, i used to eff around with programming. About 20 years ago (around '86/'87) my dad picked up 2 BIG books of Games to be programmed in Basic. I got into them, and did VERY little. I had gotten into my own Basic workings after that. Batch files and the like (the .bat files i was making were more or less Macros for dos type things heh). Then i got into Visual Basic and a very minor amount of C++. Then in highschool i took 3 years of Computer Math (all programming) and thats where i learned the *cough* wonders of Pascal. That was in the mid/late 90's. About then as well, i was fucking around with HTML (straight scripting, then i started messing with WYSIWYG layouts). As of now, i have VERY little exp with programming. I've done random shit here and there (still creating batch files for rom sorting and whatnot lol), but not much has come from me recently thats worth any real notice.

However, back in my Pascal days, i made a couple of rather simple, fun games. One was a text adventure (in vein of Zork... well, more Hitchhikers Guide To The Galaxy, since i never really got to much into Zork heh), one was a 2 player fighter where you would create a fighter by picking the ascii chars for the different body parts, then fight other peoples fighters, and level up according to wins/losses, and for my senior project, i started a NetHack style game.

Ahh fun times. I think they're still floating around my house somewhere.

The only thing I've ever used quite often is HTML, but nothing mindblowing. And just plain HTML, no java tied in or anything. Basic early 90's webpages, mostly.

I'm taking programing in Uni in the fall, though
P

I'm going to do Digital Media in College, and part of the course is Video Games Digital Game Design. Maybe that will include programming....I'm not sure.

Nope, I don't do programming. Never have, never will. 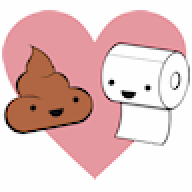 I did some stuff in Java at school back in 2005. Even made a small game that unfortunately doesn't run standalone, but needs some noob-developing environment called BlueJ.

i can only do HTML and javascript.... sorta Lua for GMOD
L 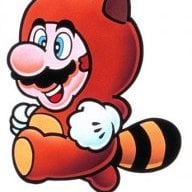 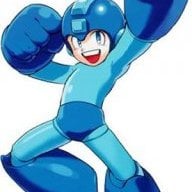 For my Games Design uni course I use HTML, CSS and AJAX for my website but I have written code for Director and Flash, next is Torque Game Builder for my final project (long summer then).

But I don't consider them proper programming languages, I did a little bit in QBASIC a while back.

Well, im reading Java courses in school, i've done the "java programming A" course, will be done with the java C course in june, and next semester, i'll read Java programming B (yeah.. it comes after Java C in our school -.- )
It's kinda basic tho, We've programmed simple ASCII art games, and we just did our first real graphic program, PONG

HTML/JavaScript/PHP/Java/Visual Basic/MASM. I hate Java. Java is gay. JavaScript and PHP are my favorites. And MASM is all I code applications with. MASM is awesome.

On top of the other languages I know, I learnt 3 new languages this year: C#, ASP.NET, and JSP

I might become a C# & ASP teacher next year, if I can pass the tests.

I'm still studying in a french university and I have a part-time job as a programmer.

I learned to program at College only.. before that I knew some little stuff on Javascript and Flash, but very little.. today I know C, C++, Java, Actionscript, PHP and many others

I made a clock in C++ once lol

I once tried to learn C++ from the internet. Needless to say, I failed miserably.

i did java for two semesters
c for one semester

and trying to teach myself ruby, php, asp, actionscripting

How do I make an exploit run my own code?

Nintendo 3DS Nov 10, 2021
ghjfdtg
G
M
Looking for someone who has made their own game on DS

How did you learn hex coding/hex editing?

Y
Looking for ways to better my Programming skills.