Has anyone wrote about game theory(mathematics) on Tactical RPG? 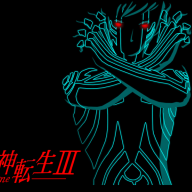 Yil said:
Like fire emblem. Like what is the fastest solution? The fastest solution without retreat or death? Least damage? What arrangement of your small army? What maximize a unit's use? Etc.
Click to expand...

For tactical games like Fire Emblem there are guides that aid the player's choice when it comes to their choice of units in each defined chapter, but even if you were to apply perfect tactics it would take too long to make them and they may even fail due to RNG's calculation not favoring the player's tactic, not only that you would have to know which items you need to bring with, which units you should level up or focus the most while leave others aside, but is not always perfect because growths are also RNG based, so one good character could end up due to RNG's trickery

I believe the player's tactic is usually the better one, because he/she will know which plans to make at the moment of truth, and is the fun choice too, of course it doesn't hurts to get some aid or general tips when it comes to certain maps, but each one has their own playstyle and as long as the map is beatable, I believe everyone should use what they come to mind first

Fastest solution with the least damage or deaths? It is possible, but it requires too much ahead-planning and lucky level ups, it also really depends on the objective you're looking for, take Conquest Ch.10 for example, you have the choice to kill Takumi but due to the map's difficulty most people prefer to do the one thing they are tasked to, protect the border and considering the amount of enemy units there are scattered around the map, that's usually the one most people pick, in order to beat the chapter faster however, you could use DLC magic and amiibo units to aid you, that would be without a doubt the fastest solution to end the map, and with the least damage because your units will get: the good weapons, promotion items and special units with good skills

Besides, writing "mathematics" for a game like FE is not a thing most people do because RNG will fuck them over, you can write the probabilities about one of your units getting a critical in a row, but that said probability will get changed by his/her level up, the item he/she is carrying and such, is not a thing like in Pokemon where you can deduce how many hits will a Pokemon KO another based on their IV's/EV's/Nature/Ability/Type and ratio hit, FE changes constantly and is a hard thing to keep up constantly, I say this kind of mathematics fits series with more "static" gameplay (like the previously mentioned Pokemon) than FE, in which you have that sort of "static" gameplay but multiplied by 30 times, because you get to witness multiple battles at once, instead of one battle per round

BORTZ said:
There are probably no "papers" but you could just use a TAS
Click to expand...

With all respect these games could be deeper than chess if some more 'restrictions' are applied.