As the final few minutes of Harold Camping's May 21 Doomsday prophecy pass without any incident, supporters and believers across the world finally realize that it was nothing but yet another failed prediction.

Critics and atheists across the world both mock and celebrate as the Oakland preacher's prediction of the world's end proved to be a dud.

Earlier, Harold insisted that a destructive earthquake pulverizing different corners of the world will cause its destruction at around 6 P.M. local time.

Camping parted ways with the conservative, evangelical Christian Reformed Church into which he was born. After his retirement in 1958, he continued to serve as the unpaid president of Family Radio which he helped to start with other individuals of Christian Reformed, Bible Baptist, and Conservative Christian Presbyterian

The radio station broadcasts traditional Christian Gospel to the conservative Protestant community and minister to the general public.

This was not the first prediction of Camping regarding the Second Coming of Jesus Christ that failed. Like his previous prophecy, his current date is also based on his reading of the Bible and a timeline dating back to ancient events including the Biblical flood survived by Noah.

Some believe that setting up of such dates is more about money and less about real faith. Many supporters are investing millions of dollars to spread the message across the world.[/p]

Sauce (It's Too Hot)

That poster pretty much says it all. "The Bible Guarantees It" ffs. These people do more damage to religion than Dawkins, Hitchens and Harris combined could ever wish to.

QUOTE
Some believe that setting up of such dates is more about money and less about real faith. Many supporters are investing millions of dollars to spread the message across the world.[/p]
Click to expand...

Never thought of this one. I always assumed ill-educated nutjobs, but confidence tricksters preying on peoples strongly held beliefs seems much more plausible.

I guess there were believers in the temp, no post yet

I can't wait to see this fails reply to his failure.

It's not like this is the first "he was wrong" thread.

Who saw THIS coming!?

he did make another false prediction before right? 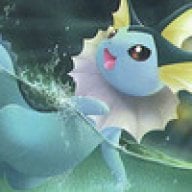 What the world didn't end?

I have "faith" that this event will bring out even more atheists.

Why do I have a feeling that 21st December 2012 is going to be just a normal day?

no it's not fake there's a black hole on it's way or maybe it's god come to suck our sinful little planet up?!

Well, I guess I have to go buy all my stuff back

Wait, I don't fall for stupid crap so I'm fine 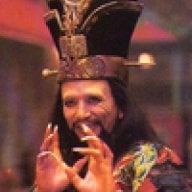 As far as I know no-one was taken by The Rapture from any of our local churches but as yesterday was just Judgement Day and the real end of the world is the 21st October (according to Camping) he could still be proved right (just not pious enough to be chosen by The Rapture) especially as Iceland has started erupting again.

Boy it's hard to get sarcasm across when you're just typing (Iceland does have another volcano erupting though).

I think that everyone that believed that the world would end needs to get laid, badly.

Who the fuck didn't see this coming.......i mean only a complete retard would fall for this load of bull shit.

He must of woke up feeling like an idiot

See the people in the first post pic? Those are the fools that believed in this lol. And yes guys, 2012 is also fake, there is a prediction by Sir Isaac Newton that the world will not end before 2060, he doesn't specify when it ends, but says its NOT before 2060. Who are you gonna believe? A load of rubbish 2012 is. I don't believe in Sir Isaac Newton either but I hope he's correct, which he might be.

Urgh. Do we really need yet another thread about this? Especially in user submitted news?

AlanJohn said:
I think that everyone that believed that the world would end needs to get laid, badly.
Click to expand...

shit i just need to get laid