Homebrew Half Life for Wii (QuakeGX) 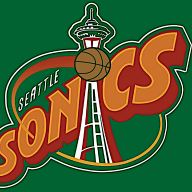 There is a Dreamcast Port


My Dream is see a Fully Half Life port to Nintendo Wii, with Classic Controller or GameCube Controller.
I Tried to use QuakeGX and paste the Half Life .pak from the Android Port but didn't worked.
Reactions: jeannotte, Deleted User and Alexander1970
D

A Wii port would be great!
There is also a Half life port to the New 3DS. https://gbatemp.net/threads/release-half-life-xash3ds.532254/
Maybe you could port FWGS Xash3D to the Wii?
Reactions: jeannotte, rogerioronin and Alexander1970
M

I did not know it was ported to so many other systems, that's crazy... Now I want it on Wii too, lol.


ayy_lmao said:
My Dream is see a Fully Half Life port to Nintendo Wii, with Classic Controller or GameCube Controller.
I Tried to use QuakeGX and paste the Half Life .pak from the Android Port but didn't worked.
Click to expand...

While I think the more control options the better, in all honesty, why would anyone want to port Half Life on the Wii, without wanting to take advantage of the Wiimote+Nunchuk combo to use IR aiming?

The controls would work well enough. A & B for the weapons, the D-Pad for weapon select, C & Z for jumping and crouching. Then we have + and -, one of those could be mapped to Use, and then we have one of those plus 1 and 2 free to whatever you want.

PS: I was looking around the controls for the PC version when I saw lots of complains about Long-Jumping. I did not know Long-Jumps were seen as such hard feats to do that people recommended to use noclip or weird console cheats to bind several keys to a single one.

What the heck.
Reactions: jeannotte and Alexander1970 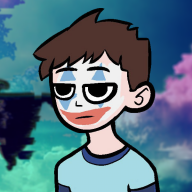 Me and two other guys are working on it, go to r/halflifewii
Reactions: Deleted User, Tetsuo Shima, Zense and 4 others
T

Come to think of it. I never actually finished Half Life all those years ago.

Would unlocking the Switch's extra A53 CPU cores help in any way?

Pick up that can! Half-Life 2: VR Mod releases today

@ DinohScene: all your problems will become reality at that point A moment ago
Chat 5