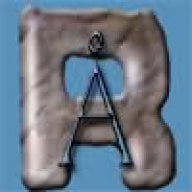 Location
Soon to be FT Jackson

All I would like to do is play some backed up games (my brothers ringed my MW2 and my black ops) and i was wanting to flash the firmware to allow that. But I only have a laptop

Also. Has anyone have any issues after the last update? My xBox won't read a few discs, no matter what I do. Even newly purchased ones

Christmas of '09 means little. Chances are it is some form of liteon though but I would not like to guess what one without knowing manufacture date (it will be on the back with the barcode).

Can you do it on a laptop- sure PCMCIA via 6421 sata cards exist (the main chipset people use to flash things) although you will pay a premium for them. I will say do try to find a PC though- if it runs XP reasonably well and has a PCI slot get a PCI card instead as it is usually a lot less hassle.

Minor problem- normally it would be fine but MS unleashed protections on Modern Warfare 2 and Black ops in the previous update to the current one and improved it again last update (you need to be up to date to play on live).
You are going to have to use the hacked firmware known as LT+ (something that only really bothers people with an existing collection of backups) but those can not be run until we have new patches and to my knowledge those have not been generated yet (waiting on new backup firmwares). All the other games aside from those two, Halo Reach, need for speed hot pursuit, Assassin's creed brotherhood and Fable 3 will work though.
Also if you care about live we are waiting on a hacked firmware update to try and make it safe for live use (the present version will work but is not safe any more).
Normally it is fine but you have chosen to join the hacked firmware world at an interesting time.

Edit: also what Armadillo says. Can't believe I forgot about that.

Can always go with the x360usb pro and do it over usb if they must use the laptop and can't find a via card for it. Although I'd probably go for the x360usb pro anyway, designed for the job, so no chance of it being stupid like sata setups can (not detecting drive, freezing etc).
N

Location
Soon to be FT Jackson

a dekstop PC is outta the question for me, unless a 533MHz with 128mb of RAM counts

I don't really care if it fails live detection and is banned; I'm getting a new console after basic anyway. It was manufactured 10/9, if I'm reading this correctly

B
Hacking Hi everyone: I'm noob I have a problem with xbox 360e flashing nandflash.bin

@ KennieDaMeanie: Did you forget you dose of drugs 2 minutes ago
Chat 2