Is it true that Gyakuten Saiban 2 DS (Phoenix Wright: Justice for All) will be release in Japan as Best Price! and will feature dual language (Eng/Jap)????????

can somebody confirm this 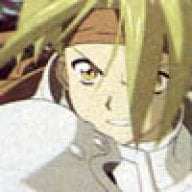 yes it's realeased as best price, and no it not going to be in dual language. 物語 means story. it says that the story unfolds by using your touch screen (or touch panel as it says in katakana)
D

Play-asia.com has it available for pre-order and they say it'll feature japanese and english language, just as the first part.
J

I already had the chance to play a fan-translated episode of Phoenix Wright and I was already so happy...

Hope I won't die from a heart attack when I put my hand on this treasure...
A

So you choose between japanese and english at the start of the game?
RDF
K

Hmm...but is this just a straight translation or a 'localization' in English? I assume that the English mode will not be as good as the actual english release...
M

Awesome, I hope the translation will be semi-passable

Umm this sequel to the original on GBA, this is that one that Capcom is supposedly releasing along with the 3rd in the US on mobile phones right?

Therefore if YES is the answer to question 1 there, then this would be the only GOOD way to get this game in english is to import it then right?
O

It's actually coming out in the states, hence the English in the Japanese version. Phoenix Wright: Ace Attorney: Justice for All
J

i know its coming to the US but its BEST PRICE! man its cheap 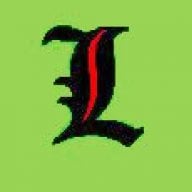 capcom, please release the 3rd one as well...if possible under 6 months after PW2 is released in USA. 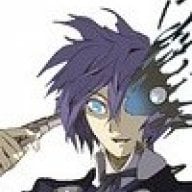 
Hmm...but is this just a straight translation or a 'localization' in English? I assume that the English mode will not be as good as the actual english release...
Click to expand...

afaik, the first Gyakutensaiban DS featured the same english translation as the english release one...

Guess I'm confused. I thought we were only on the Nintendo handhelds getting the 1st (which is already out) and the 4th in early 07 on DS but #2 and #3 from the GBA were just going to mobile phones.

Unless something has been announced that I don't know about...

^^Thank you, they were starting to confuse the crap out of me.

2 and 3 are supposedly going into english over I dunno what mobile companies setup, but 2 and 3 are hitting the phone gaming circuit.

4 is the first one made FOR the DS specifically and that's the one I had figured was coming here as a sequel in 07.
B

Unless something has been announced that I don't know about...
Click to expand...

There is #2 being released US pretty soon. It'll be called "Phoenix Wright: Justice for All!"

Ugh... lemme clear things up. Phoenix Wright Ace Attorney Justice for all is the english version of Gyakuten Saiban 2! Which it's coming out in JAPAN FIRST as a remake with the english version we'll be getting(same exact english translation we'll be getting... WORD FOR FREAKIN' WORD!). Also coming out in Japan this year is Gyakuten Saiban 4, which is the first NEW Gyakuten Saiban game to come out in Japan since the 3rd one for the GBA. This new game being released does NOT feature Phoenix Wright as the attorney you play, but instead a new attorney who also happens to have an odd hairstyle.

So in a nutshell, Gyakuten Saiban 2 = Phoenix Wright Ace Attornet Justice for All, both have the same english text, but the Japanese version is being released first. Gyakuten Saiban 4 = JAPAN EXCLUSIVE... for the time being. Whether or not the title will contain english text is not determined yet, but odds are it won't. Also, it's been built from the ground up for the DS so it should be using more of the DS' special features.