Those of you keeping track of my recent activites will know I've recently hacked my PS2 and then spent an age trying to find the ISO of Dancing Stage/DDR Fusion for my girlfriend Heather, who's a massive fan of the series, and Fusion in particular. Well, thanks to a kindly donation of the actual game from my neighbour, who strangely doesn't care that I'm borrowing her game simply to copy it, I now have said ISO patched, burned and working 100%. Well, aside from the unlockable songs, got a LONG way to go before we unlock everything.

Well, what I may have neglected to mention is that I've played the game before. I learned to play when the game first came out so my now thankfully ex girlfriend had someone to play with. And I've been a gamer my entire life, so I got pretty good at it. And now I've played against Heather and kinda annoyed her. 'Cause even though she's been playing the series since day one, I'm better at Fusion than her. The DDR series is sort of a guilty pleasure of mine. It's not well known that I can AAA* every song on every difficulty, either with the mat or a standard control pad.

And I got to thinking. We all have these little guilty pleasures. Be it a game series we'd rather people not know we play, or anime we watch, music we love but wouldn't ever admit to listening to, etc. So what are your guilty pleasures? Since I started all this, I'll start us off.

- My MP4 player currently contains pretty much every song from every Final Fantasy game, and over 100 songs from the DDR emulator I downloaded for my ex. I don't care, I like the songs. The Final Fantasy music I put on when I'm trying to sleep. I suffer from nightmares but the music helps me dream of previous adventures instead. The DDR songs just have catchy beats.

- My nickname is Blaze because my friend Amelia presumed I'd picked the name of the character from Ace Combat Squadron Leader myself. I've grown so fond of being referred to by that name that if you call me by my real name, chances are I won't even acknowledge you. To that end I have a one-of-a-kind 'Ghosts of Razgriz' patch sewn on to the right shoulder of my leather jacket.

- I wear a Final Fantasy 7 'Soldier First Class' dog tag around my neck because when I was in the Air Cadets I actually was a Soldier First Class, so my friends gave it to me as a joke. It carries such sentimental value that until recently I never removed it. I've only taken it off now because after so many years of constant wear, it's pretty much wrecked and if it gets wet, it reacts with my skin and I get blue patches on my chest. I normally keep it hidden under my shirt because I've been called a geek way too many times for wearing it.

- It's not well documented amongst my social circle that following an arguement about FF7's ending I wrote a fanfic to clear up the loose ends. Fanfic writers are generally looked down on, probably thanks to the endless supply of crappy 'what if Sephiroth came to my high school?' fics written by dumb 13 year old fangirls. Because of that I don't tend to mention it very often, even though I'm proud of my work.

- I attend those LARP events every now and then. EVERYONE laughs at me when I mention it. But F it. I'm pretty much born to use a sword and I don't get much opportunity to use one in real life thanks to that pesky 'no murder' law that spoils all my plans for my work colleagues. So I make the time to go whenever I can. I don't go apeshit and dress up in expensive costumes or anything, but I do kick ass in the wars.

- I play Magic The Gathering, Warhammer 40K, and I'll be starting up a character for D+D next time I attend. Mentioning any game not along the lines of CoD, Halo or GTA in this city is tantamount to saying 'I'm a huge fucking geek, please kick the shit out of me'. So I generally don't mention them.

Those are a few of mine. What are yours? Feel free to post if you have the courage to stand up and say 'this is what I like, fuck you if you want to argue about it'.

This week in GBAtemp.

I harass my wife about watching all of the "reality" TV garbage that she watches...and then I get sucked into it. Sadly, I watched almost the whole season of The Voice along with Real Housewives of *insert city here* and Intervention...

A guilty pleasure?...Well there's nothing I like that I'm ashamed of, but the closest things I can think of are that I mainly listen to Japanese music and I read Shoujo/Shojo manga/watch Shoujou/Shojo anime.

I don't know, I really don't feel special or weird about doing anything that I do

But if I had to pick something, it'd be my gianormous addiction to both black tea and soy juice.

That is indeed my hand.

I don't quite know, anime and manga are normal for me, I grew up around Shonen Jumps and Pokemon/Digimon/Yugioh. But for wallpapers and such, I will not settle with a low quality image. If it's not HD, it's not good. I'm also kind of a neat freak, if there's anything out of place in my room, I will go mad and rage at my sister.

Suppose I should also add that I have something of a chocobo obsession. I own a cuddly black chocobo, and I would have bought that gold one off eBay if I could have afforded it but it was £55. I also have a bright yellow scarf with a chocobo on it. Maybe that makes me wierd but anyone who says it to my face tends to crawl away from me with aching tender regions featuring a new boot print. 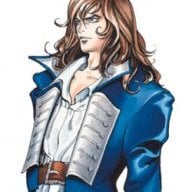 I once played a Barbie horse-riding game for the PS1 that my sister owned. And enjoyed it.

the occasional mainstream garbage that i find catchy and listen to for a bit before i get bored of it, and i hate seeing that on my last.fm account

umm... i don't really watch anime or any of that weeabo stuff, so it's not like i have anything to hide (tho i did watch gurren lagann)

Guitar Hero and CoD have pretty much turned into guilty pleasures, there's all the guys who tear guitar hero apart because "it's nothing like guitar", i know that, and i don't care, i play it because it's fun. CoD is really only a guilty pleasure around these "hardcore" gaming communities who constantly hate on it, but i'm not really ashamed of it so... not so much with that.

Now that i think about it, all the time I sink into LBP2 creating stuff with friends and such is sort of a guilty pleasure, i never bring it up anywhere except online

other than that... the fact that i spend so much time on GBAtemp

I have a few guilty pleasures, one really being that I often enjoy playing horrible games just to enjoy how bad they are.

I like to read Youtube comments, if for nothing else than to laugh at our world's future minds.

Secretly supporting the Vita while enjoying my 3DS. I'm getting both, but I have to pick a side, right?

Even my firefox theme is Kirby.

I smoke and refuse to quit. I'm not even addicted, I just actually really enjoy the smell/taste of a nice cigar or occasional pack of cigs.

Listening to the One Piece rap and enjoying it. Other than that, no.

One guilty pleasure...... A severe coffee addiction. I get withdrawal symptoms if I stop

Breaking the inflated egos of underaged children on the internet.
Oh wait. I don't feel guilty doing that. Nevermind. 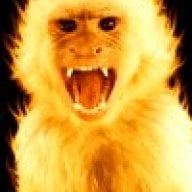 I don't feel guilty of any of my pleasures.

Thanks to new additions to my social circle, I can now add RPG gaming to my list. By which I mean pen and paper, dice rolls, basically D+D but not specifically requiring a map and etc. Right now my friends and I are working through a Warhammer 40K spoof game, in which my mercenary character (who thanks to his adventures so far seems to be resembling Vincent Valentine more and more) is stuck with an escaped Astropath (a psychic powerhouse), a genetic experiment gone wrong (basically a ninja), and I've somehow managed to piss off the entire local police force and am now separated from the team, knee deep in shite in the sewers with a Space Marine chasing me, but the sewers are so full of methane that any gunfire will ignite the entire sewer network and probably blow up the planet. It's not going so well

People laugh when they know I play games like that but it's an entertaining evening with my friends. That's all that matters. 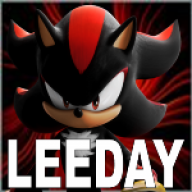 Can you help me find a song ?

@ KenniesNewName: Avacodo ranch so good where have you been all my life Today at 6:53 PM
Chat 0