Goddamn it, I HATE Oprah.

here's my rambling on about my mom again.

Anyway, she's OBSESSED with Oprah. She watches the show everyday, and it's like her sacred hour; she won't move from the couch and can't leave or be bothered by anyone. Anything she sees in that show she believes and tries to replicate in her own life. It's ridiculous how much that show affects my mom.

Example 1: She saw an episode on "Myspace safety" and proceeded to question me for about an hour on if I had a myspace, if I was telling people my age, etc etc. I hate how shows like that depict ALL teenagers as stupid fucktards that go online and take nude pictures of themselves, give out their address, etc.

Example 2: They had a special on healthy foods, and apparently they said that soy milk is much better for teens than regular milk (which is probably bullshit). Anyway, since then, my mom stopped buying regular milk and has forced me to replace it with soy milk, which is disgusting.

Well today, they apparently had a show on how to save electricity, and some woman was on preaching about how before her electricity bill was over 250 dollars, and then she started unplugging all her appliances when she wasn't using them and she started paying only 50 dollars. (Which again, I believe is bullshit) So now my mom is going on about how we're so financially unstable right now and we need to start "spending less" - as if we weren't doing that enough. She says I can only have my computer on for a limited time every day, and I cannot leave it on overnight any longer. THAT SUCKS. I download all my games, movies, and anime at night, and there is no other time for me to download stuff. I can't download while I'm at school because my mom sits on the couch all day browsing the internet, and if I leave my computer downloading stuff it will "slow down her internet". I can't leave it on at night because it "spends too much electricity". And I can't leave it downloading stuff when I get home from school until night time because that's when I use it for homework and such. :\

Every time some shit like this happens, I always get so angry at my mom for moving here to LA... she thought everything would be so much better, but that was such a stupid idea. We had a great life back in Vegas - we had a 3 bedroom house all to ourselves and the rent was dirt cheap, we didn't have to worry about unemployment, bills, anything... my school was awesome, I had tons of friends... Now we moved and it's like going back 20 steps.

I feel you man.My mom watches the news and stuff and believes everything they say.I also leave my downloads at night and I don't know what I would do if I couldn't download at night.Maybe use some tape to cover the lights from your comp to disguise it as off?

Tell her that she's wasting electricity by watching Oprah and she should turn the tv off.

Soy milk is better than milk in reality, but I feel for you. No reason to force you to stop drinking it.
L

Appliances that are turned off, but still plugged in do indeed still draw electricity, but not nearly enough to save $200.

Although this may be a stupid idea, if you have access to the computers at school you could download there. If the tech people are as dumb as they are at my school, they wont catch you. Just put your downloads on a flash drive and bring them home.
A

once it comes on, just keep shutting it off if she doesn't notice it's you.

but that really sucks, sometimes my parents wonder about what I'm doing too if I am typing a lot, it's kind of annoying, because not every teen on the internet is an idiot.

I don't mind unplugging electronics I don't use like a microwave or something. But the PC is harsh. Mine barely uses any power anyways though. It's a low-voltage laptop. I unplug it when I don't use it, but whatever. You should be able to access your PC whenever you want in this day and age. 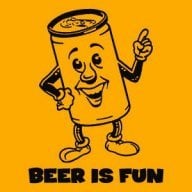 just tell her that soy makes you gay.

also, australian appliances don't use electricity if they are off but plugged in as we can turn off power to that particular power point, can't americans do that? i think i saw the electricity episode of Oprah (my mum also watches) and i thought the same thing during it.
D

Yea, my mom doesn't let me leave my computer on at night, because she complains about the noise, so I have to use my sisters.

How slow is your internet?
I think my 384 kbps up/down is one of the worst you can have, been trying to convince my parents to upgrade.

granville said:
Tell her that she's wasting electricity by watching Oprah and she should turn the tv off.
Click to expand...

That actually made me lol, thanks

PS: Oh God now you guys got me all worried about that soy milk... I dont wanna wake up with a vagina :

For the computer,cover the light and install an all black screensaver

Tell your mom, unplugging appliances alot can blow a fuse in the cable

I dont know, She could believe it if she inst too tech savy?

Fake an allergic reaction to Soy Milk?
...
For the computer,cover the light and install an all black screensaver
...
Click to expand...

Don't need to install an all black screensaver, use standby screensaver mode.

Fake an allergic reaction to Soy Milk?
...
For the computer,cover the light and install an all black screensaver
...
Click to expand...

Don't need to install an all black screensaver, use standby screensaver mode.
Click to expand...

I cant remember the screensaver I had [Mac] but it looked to be in standby, but needed a password to get back on. that way the mouse moving or an accidental keyboard hit didnt set it off. Thats why I didnt say standby

soy milk is effin disgusting :S
and if i'm correct, the power consumption of a computer is quite minimal, and would have little or no effect on ur bill. to prove it, simply go outside, and look at the power meter thingy
O

*sigh* Oprah always makes me cringe! I can't stand to hear the bullshit she talks about, and her army of followers blindly absorbing everything.

granville said:
Tell her that she's wasting electricity by watching Oprah and she should turn the tv off.
Click to expand...

That actually made me lol, thanks

PS: Oh God now you guys got me all worried about that soy milk... I dont wanna wake up with a vagina :<
Click to expand...

damn my mom watches oprah to i was wondering why i get back from school everything in my room is unpluged hmmm..... soy milk thats more ridiclous than that time i got a blister and i thought i had cancer and i was all depreased and didn't talk to anyone for a week bout a month ago now i feel like a retard my mom got paraniod when she saw on irc and typing alot damn oprah is ruining our lives

Sorry man, that sucks. When I can't dl overnight what I do is set transmission to speedlimit mode, usually like 20kb dl and 5 ul, so it doesn't affect my schoolwork at all. Sure, it takes 5 days to get one album, but its the only choice sometimes.
And hey, only 2 more years, right?
Then you are free at last. If you can, try and get a job, and say you will pay 10$ a month to keep your compy on overnight.

Oprah has the same effect on my mom, only to a lesser degree. Oprah has become somewhat of a advertising machine, making millions of women (and possibly men) by books recommended by Oprah. My mom buys every damn book Oprah recommends, and I'm usually astonished that Oprah has so much control over such a large number of people.