I configured EmuNand with USB Loader GX to play GHWoR with DLC, at the first moment everything works fine, but when I scroll down on playlist the preview sound just don't sound and if I open a song stay on loading screen and don't appear the song. Looking problems or issues with cIOS D2x (I'm using v10 beta 12: 249 (56); 250 (57); 251 (58) ) I found the issue #54 (Guitar hero 6 the songs previews stop playing, once they stop any song will freeze when launched. The game doesn't crash once the previews stop, you can back out browse the menus and songs, but once you load a song it will crash.) that describe my problem, but appear as closed and don't know if this means that issue was fixed or don't have solution.

In case this have solution, what could be?? on USB Loader GX ios configured has 58 for launcher and 249 to launch games (for GHWoR too) and trying to launch the game with 250 or 251 run black screen. The solution that I use for now is to transfer DLC to SD on Rock Archives to play DLC on Real Nand with my original DVD but are a lot of songs and I have to transfer one by one (710 in total with song on Game, DLC I think are 606 songs). So, there's a easiest way to transfer all DLC to SD? or to fix this issue #54?? 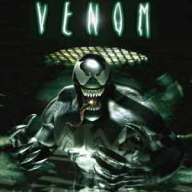 I resurrect this thread because I have the identical error: Guitar Hero with DLC in the emunand on HDD freezes on the song list.
I use USB Loader GX and run the game with a d2x-v8-final cios base 37.

Someone has any tips to play GHWoR with DLC and mic support?
I'm now at a dead end 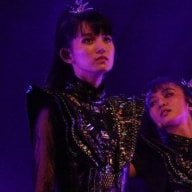 you can fix the error from songlist by ading a bunch of dummy bin files to sd card for the game to think that you have your dlc on your sd card,but still will occurr random freezes ingame
the best solution is to run through neek2o, thats how i play band hero,guitar hero 5 and warriors of rock with dlc and didnt have any problem since
loaders have problems with dlc using emunand, just use neek2o and you guys will be fine
(video that i record playing wor dlc with no freeze or random bleep sound with almost 700 songs)
Reactions: Venom88

Ok, I'll try neek2o. Thank you so much

A problem with USB Loader Gx

@ Dark_Phoras: The thing about losing weight is that it's a constant moderation. You can't do too little, but... A moment ago
Chat 6