there is an english patch via google translate available now but it doesnt work on psp hardware i hope someone can fix it.
X

The one who made the Google Translate patch basically opened up a way for proper translators to take over. AFAIK from his youtube channel and comments on cdromance, he doesn't want to personally do a translation project. Anyone planning and willing to do a project???

I've personally made my own translation (to be exact, it's still from Google Translate, but I also asked for my boyfriend's help who knows about chinese characters (kanji) and also has basic knowledge of the Japanese language and cultures for context) using the wikia for naming and willing to do it, but I have no experience and English isn't my first language.
Last edited by xMas, Dec 2, 2020 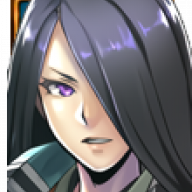 Why you dont help to fix the patch if english is your primary language?

Gaming Suikoden: The Woven Web of A Century English translation

Sony PSP Today at 10:05 AM
AugmentedSmoke

@ Veho: The point is that they've closed down and the interviewer can't call to verify. 3 minutes ago
Chat 3