wenever i try to load gc backup launcher 0.2, i get an "Invalid Wii application" error, and its a dol. i read sumwher that it could be a corrupt dol, and u should redownload it, i did, but it still didnt work, any1 else have this problem? and any1 know the solution?

i also tried getting a gc backup launcher 0.2 wad from wadder.net, which i did, and it installed fine. but then, when i booted my multigame disc, it was in color, then it changed to b&w.

also, does cioscorpv2 from the latest MiiWii have backup loader v0.2? it says v1.1 at the top, but im not sure whether that was the multigame disc version, wich i doubted

btw, im not a noob
I

.dols no longer work, so yes you are a noob. Convert it to elf using the converter. If that doesn't work then update your HBC channel.


Here's a little tip, typing 'im not a noob' makes you sound like one. I also really hate people who are so lazy that they can't type properly and put punctuation in. Seriously. 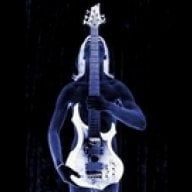 I like to see noobs claming that they arent noobs ....and calling the other ones noobs....when they are the supreme noobs..