With all the new slot-1 solutions announced recently, did you really think we would let you down? 'Course not! As always, GBAtemp will provide reviews for the newly released flash kits. Check out the list of reviews that are in the works:As you can see and imagine, we dedicate a large part of our time to finding agreements with the teams in order to be sent their products. We are currently negociating with different teams to receive DSLinker and Datel CCK units. All right, last but not least: remember our Supercard vs M3 comparison review, back in the time when slot-2 were the only available solutions? Well I'm happy to announce that we will write a Slot-1 Supercard vs M3 comparison review as soon as we receive both units!
Stay tuned!

Cool to read. A bitch to write.

That's terrific news indeed. In couple of weeks we'll find out about which competing slot-1 solution deserves both respect, our buck and

Thanks guys, it's quite nice of you to take good care of us

I can barely stand the wait for these thorough unbiased reviews ..

No Media Gamer and DS Linker? Or are they so bad you don't even want to test them?

I'm really interested in what's the difference between all these devices. Cause as far as I see it, NinjaPass X9 is crap. R4... well not much is known about it yet, but seeing it copie-pasted their site's FAQ from NinjaPass X9, which copy-pasted it from DS-X, I wouldn't be surprised if it was just a NinjaPass X9 clone.
M3DSSimply and SuperCard DS One are probably both good, but which one is better? (and then there's still eWin3 and EZ5 to come...)
eWin2 Lite... well probably the same as the none-lite version?
and MicroNinja is just a prettier NinjaDS...

We're still in discussions with both those teams, and will let you guys know soon enough when we know that we're definitely getting samples.

Do you guys not have any information or contact with the EZ team to test the EZ flash 5? Is that card even at production yet?
V

I really appreciate what you guys at GBAtemp do for us. Its tough to do all of those reviews and then write a very long extensive post that people can understand. Thanks! 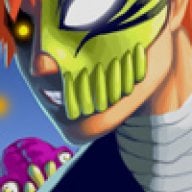 Thanks guys, you are the best! I'm waiting VERY eagerly for the reviews, as soon as they are up I'll be hitting that "buy now" button so fast they won't know what hit 'em. :-D

PS: I'm also curious about the EZ flash 5, mainly because it doesn't look like it came out of the same factory/plant that the SC/M3/R4 are out from (as far as i understand they're all just clones of each other but with different software/firmware). So is a review for it also in the works?

Good luck with the reviews, we're all counting on you. 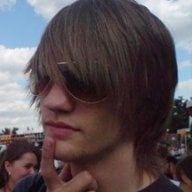 nope, different companys make these, and the MicroNinja is looking to be a competator for your money

Where the hell is my SamuraiDS anyway?

Where the hell is my SamuraiDS anyway?
Click to expand...

dam it, and theres me thinking i no wat im goin on about
lol

but still, i thought it was more than a redisgn?

QUOTE(azndragonguy115 @ Dec 18 2006 said:
the redesign supposely has new features but it is availible for teh original too
Click to expand...

Yes the new features are available in the new firmware that will be loaded on the card. But that firmware will be cross-compatible with the old NinjaDS models too.

grrrrrrrrrr, all these Ninja cards
S

That's great news, I expect much from EZV since I'm very pleased with my EZ4, much more than with my SCL. Keep up the good work guys!

Man oh man, with all these slot one cards coming I keep thinking about getting one. But I still have to buy a Wii first, so i'll keep cool with my supercard. Gonna wait till the prices go down a bit.

Appreciate all the hard work you guys do. I know it's hard, but keep it up!

Is there any point in reviewing the Media Gamer if you're reviewing the MicroNinja anyway? From everything I've seen it's just a straight MicroSD-based clone of the NinjaDS series. They haven't even bothered to change all the NinjaDS logos in the firmware.

edit: oh yeah, that still leaves the Ewin 3 - is that in production yet? they had some shots of the (back of the) cart on some Chinese site, if nothing else they must have knocked up some prototype cases.

@ Psionic Roshambo: But if my mom yelled at me, it was all over I would cry like a baby lol 58 minutes ago
Chat 0