GBAtemp game of the week #53

GBAtemp's book game club is go for the 53rd edition.

As ever a short series overview for those just joining us. For this series out main focuses are the large libraries of GBA, DS and Wii leaked prototypes, commerical releases, homebrew and ROM hacks with the occasional dabble in things that can be emulated on the DS.
Although top rated games are certainly not excluded making a best games for the given console is not what we are aiming for around here as there is quite a bit that fell short of true greatness but displayed some innovation and as such is worth having seen.
Selection will for the most part be games that are worth seeing but occasionally additional criteria like budget releases, only released to a given region, pose a challenge/run (the less lazy version of achievements) or do a compare and contrast for a group of related titles.

Valkyrie Profile is a franchise that extends back to the PS1 and it joins the ranks of Dragon Quest in having a "numbered" release on the DS where previous entries were built for the home console or PC. Much like the other games from developer Tri Ace games the idea seems to be heavily tweak a traditional battle system (usually towards a more active/real time thing) and allow for quite a deep system with the system as seen in tactics titles getting the honour for this one (maybe not the tactics equivalent of the mario RPG take on battles but not far off).
Also much like other games from Tri Ace the story setup is quite nice (in this case their usual somewhat bizzare sci fi setting being eschewed for a gaming style reimagining of Norse mythology) but possibly falls short in execution. It does however feature some branching paths which is not that common in handheld titles and the difficulty curve is noted for being quite unforgiving.

Battle footage from the game 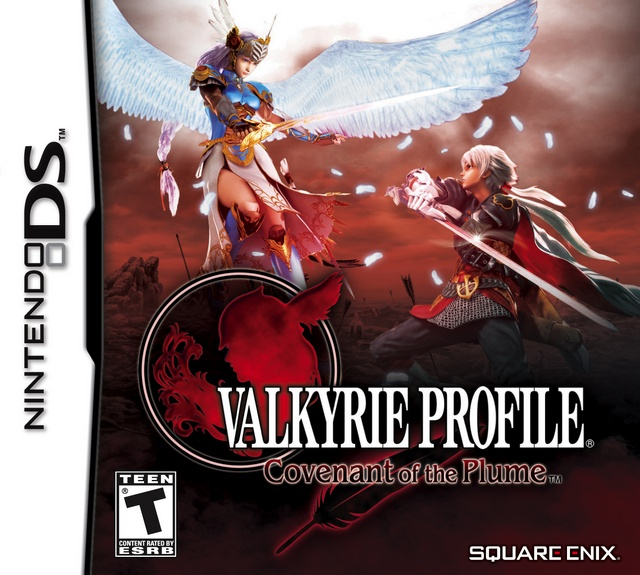 Another of Tri Ace's great great games or one of the ones that fell short?[/p]

I remember I had _really_ high expectations for this game. Only to be disappointed to see that it was a SRPG.

Can't remember if it was a good one or not, though. I turned off my DS in rage after I discovered that it wasn't like the first one 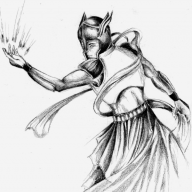 I had this one on my 'to play' list when it came out, but found out it was a tactics RPG, which I don't like, but after reading I might try it some time in the near future, maybe. 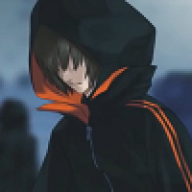 I have never played this one, but it does look promising, maybe I am going to try it.
anyway, I think they over did it when they killed the lizard man in the battle footage, although it seems that it actually is the purpose of the game

I tried to play this once, but the archaic grammar structures were really hard for me to understand
Also.... I usually dont like SRPG (besides Fire Emblem), so there was no point for me to play this one (didnt like the gameplay, didnt understand the story)
But the OST is awesome!.... so depressing and melancholy! I love Sakuraba

I really liked the first two games, but this was kind of a dissapointment. Still waiting for Tri-Ace to make the "propper" Valkyrie Profile 3

I liked the choice, it looks like a fun game, I might get it for my AK2i 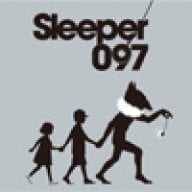 Yes, it was quite hard. Never played the first ones so I didn't know what to expect. It was pretty grim, I mean, if you had trouble with a fight (which wasn't unlikely) you could permanently sacrifice an ally in order to gain superpowers. The story revolved around that.

I remember that I was pissed when I first finished it because the ending was bad. I found out about the true ending, but still I wasn't satisfied when I got it. 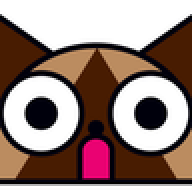 Never liked this. Expected this to be like Lenneth.
B

This game was absolutely awesome

I beat it and the Seraphic Gate several times

of course this applies to most series, unless the game is a spectacular improvement or several steps above its predecessor(s), THEN people will be like 'oh okay it's not that bad'. but since people can't take change, the reaction was generally poor, and the game IS difficult the first round through (which made it all the more fun for me since I challenged myself not to use the destiny plume)

but yeah I personally thought it was amazing and in some ways better than the previous games.

But if it's anything like Lenneth, I think I'll steer clear

me too as i thought it would be a ff3 kind of game but turned out to be ffta. but whatever it had, it was done well albeit hard. 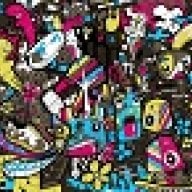 REALLY good game. very very underated and a perfect exsample of a game being challanging without feeling cheap.

I think anyone who has played this to the end will agree its a superb game and its not too hard, ok its not a cakewalk and i know there is one section in the game that could be fustrating because occasionally it will throw 2 hard fights at you right after one another BUT, it just needs a little thought and you will make it through the battles, also i think one of the big issues people have with this (also possibly why people think its too hard) is because
you sometimes have to sacrifice one of your characters to win a hard battle
Overall tho, really good game, easily my fave of the VP series.

I love the VP series.
However this game I found really hard to get into since it was an SRPG.
One day I'll finish it 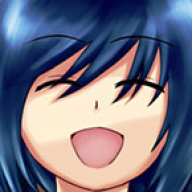 Loved this game. 100%'d the main but never really got into the Seraphic Gate. I easily sunk 40+ hours in a week when my school had a break.

It has easier routes which I took first during my first playthrough, that's why I never found it too hard the first time around, but as said here it does occasionally throw you a hard level which you'd have to think your movements through. All in all if you don't think it will be the same as VP:Lenneth or Silmeria, and you're into SRPGs, you'd probably like it.
Reactions: 1 person

Well I actually love SRPG's. But I always figured this was another typical run-of-the-mill JRPG's that I tend to grow quite bored of pretty quickly. Not after knowing a little something about it I'm actually interested in playing it...
B

Nice pick! Sure, this plays different from the previous VP games and the SRPG elements are not that impressive but the plot makes up for it. Play this if you want a game with a good story.

The reason why I bought quite a few of the Valkyrie Profile games (PS2, PSP, etc). Good show, though the gameplay required quite a few restarts here and there