basically, post the gba games that either you felt were underrated (put a 1 in front of game name); were really good but got no attention(put a 2); or you liked it and noone else did(put a 3)

mine:
- 1. star wars trilogy: apprentice of the force. it might've been short, but for the five or six straight hours i played and beat it, i was totally hooked and couldnt think of anything else.
- 2. TMNT. yes, it was a game based off a movie, but it was really damn good, ubisoft put a great effort into it. hand pixelled graphics, great fighting engine, etc etc. the nostalgia from the snes games is running all over my mind
- 2 and 3. Rebelstar: Tactical command. it's a great military tactics game, dunno why no one liked it.
- 1, 2, and 3: Lord of the Rings: Two Towers and Return of the King. yes, two more movie/book adaptations
- 1, 2 and 3 again!: Asterix and Obelix double pack (yknow, like 2 games in 1). okay, so this time it's a comic adaptation, but it's pretty wacky and fun, both of em.

Ya, TMNT is definitely a hidden gem.

I'll have to go with Alien Hominid as mine...short, but very entertaining 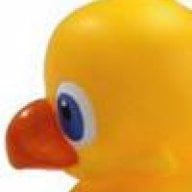 How could I forget that game?
Dragon Ball Advance Adventure is an awesome game...

The levels are nice and long, bosses pretty challenging, and two player is awesome.

A definite must for DBZ fanz, or gamers who like Beat-'em-up games

I bought it. Had to since the game really didn't work as a rom. Even with the patch. There was no way I was going to play it like that, so I had to buy it.

I'm also going to go with Alien Hominid. I was playing the Gamecube version even before I knew of the GBA one.

Also DK: King of Swing. Freakin' love this game, and it doesn't get much attention.

That's all I can think of at the moment. There are still a ton of GBA games I have to play(the lesser known ones). And I'm going to start with the ones that silent sniper posted. So thank you for those. 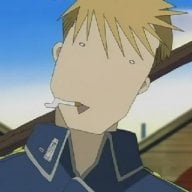 Did anybody really notice the WarioWare series? I LOVED it to bits (I finished the game and unlocked EVERYTHING) and I STILL find it fun even after 5 years. All my friends are still asking "wtf is WarioWare?"

I think this is THE most innovative type of game ever!

QUOTE(Torte @ Feb 26 2008 said:
My fetish: Wario Ware Twisted (more like no-one else bothered to buy the cartridge)
Click to expand...

I WISH I could have bought it here in europe. It was never released, and it seems you can't import it because of the tilt mechanism and mercury inside that fails to meet euro standards.
Fucking bullshit? Why, what else would politicians do?

@Hitto lead was next on that hitlist meaning no decent solder and most of the decent electronics industry said screw this and left.

Hidden gems.
Not sure how hidden but Super Robot Taisen and Summon night. Fairly big in Japan but atlus only dragged them out when the DS was in full swing.
Medabots: aside from prebuilt bots only being used as enemies (random would have made so much more sense) it was a top notch RPG in my book (note there is a medabots AX game which is not what I am on about here).
Tales of Phantasia Euro with patch http://www.romhacking.net/hacks/130/ : The US version was rightly slated but for once Europe did not get screwed over and got a good version (bar the font for which the patch linked takes care of).

I find a lot of the platformers are worth a play too. 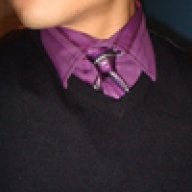 HOW CAN ANYONE FORGET RHYTHM TENGOKU?!

QUOTE(Hitto @ Feb 27 2008 said:
I WISH I could have bought it here in europe. It was never released, and it seems you can't import it because of the tilt mechanism and mercury inside that fails to meet euro standards.
Fucking bullshit? Why, what else would politicians do?
Click to expand...

You, me and all the poor sods who preordered; that release date kept slipping for 2 years! Looking around on forums people have managed to buy from the US and import it to the UK though. I don't know how the regulations are with regards to importing individual items for personal use that are not being put up for sale.

That mercury thing was just a rumor, Nintendo never gave an official press release for the delays. (and if it is true then people suspect the rumble pack because they had no problems selling Yoshi's Tilt n' Tumble over here)

QUOTE(Torte @ Feb 25 2008 said:
My fetish: Wario Ware Twisted (more like no-one else bothered to buy the cartridge)
Click to expand...

really? i know a lot of people who played and loved this game. it's a pretty common game where i live.

JPH said:
Ya, TMNT is definitely a hidden gem.

I'll have to go with Alien Hominid as mine...short, but very entertaining

I'd have to say yugioh: sacred cards. I don't really like yugioh that much, but the sprites were beautiful and it really teaches you the game of yugioh
M 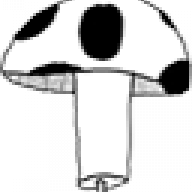 I noticed but the omission of Phantasy Star 4 was borderline criminal in my opinion. Also some fairly long standing save issues bothered it.

Oh, and nobody mentioned ninja five-o, the greatest ninja-with-grappling-hook game ever made!

@ BigOnYa: or 39 minutes of crap Indies, and 1 minute at the end of new Zelda screenshots. 9 minutes ago
Chat 2