I've heard of several problems about GBA multiplayer support due to the way GBAs work. 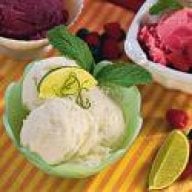 Im a bit interested myself, but I think it doesn't support it .
I tried it once bby trying to play a 2 on 2 pkmn battle via gc to gba cable.
But I'm sure due to hardware it won't work,it might.But since they're both different who knows?
I'm not sure how the gba/gc official mod did it though? gba/gc was a mod by a official company,not illegal the only thing it allowed though was to play your gba games on the gc.

PS3 emulation on a PC, can I play multiplayer?