Edit- if you are reading this you have probably stumbled upon a very old version. http://gbatemp.net/t73394-gbatemp-rom-hacking-documentation-project-wip has a much more up to date version.

Seeing posts around the place that usually had a "how do I hack/translate a GBA/DS rom?" and there being no documents specifically detailing it (as far as the GBA/DS goes) I figured what the hell and decided to to type up a document on the subject.
A few days, several (unintentional) late nights and probably one of the longest documents I have ever made later and I have what I consider to be a good document detailing most aspects of GBA/DS rom hacking.
It is not quite finished yet (some stuff on GBA/DS hardware needs writing and I need to finish up the sound hacking section, not to mention I screwed up the formating of sections for this release) but it should be good for everything else.

Opinions/thoughts/suggestions/discussion on what you cat likes to eat greatly appreciated (for the record my cat goes crazy for kebabs and is partial to skate).
Courtesy of some of those late nights some sections may need to be revised to become more coherent and I will add more detail for the final release, I just wanted peoples thoughts and opinions.

Nice looking tut. I did notice that a sentence just ends in the DS sound hacking section (as this was the random section I chose to browse). I hope this shows that translation patches are not as easy to do as some people would like to believe. (ex: Mother 3 is just released!... Does anyone know where I can get a translation?)
B

Where is the core ds rom

Thanks you very much.

PS: You have a PM 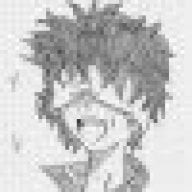 Thanks!
I'll study it and hope I can be of use to you guys one day! (Noitara's story really seemed hopeful!

Thanks for sharing...it definately improve my knowledges
i find that the ASM hacking would be helpful for me

Edit: will come back for the future update

Hmm, the first document was a good starting point for me back then, I'm gonna read this one too

I should say people that this is over 2 years old, the guide at the top of this section has this and a lot more: http://gbatemp.net/index.php?showtopic=73394
I will also have an updated version out shortly, I got snuck up on by coursework so I did not get time to finish it yet.

FAST6191,
thanks to the one who dig this thread out

Same here noitora...
if not FAST6191 mentioned that.......i thought is something new as well!!!
hehehehehe