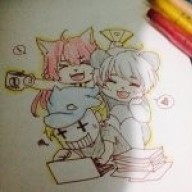 During the end of the 90s I bought Goku Gekitouden on eBay. First I disliked it, but then I got really addicted to it.

The thing is: I had it in a (bad) german translation. Years later when I was looking for it, I found that there was never a release outside of Japan.

For 10 years I search on and off for aftermarket cartridges in english or german. I used the english patch from romhacking.net a few times which only translates a minor part of the game. But I never found a german one.

Does anyone know where you could get one? Or where this german translation came from? I'd appreciate any information!
A

Hi, i stumpeld upon that thread as I was looking for the same.
As a kid i had also a german, english and also a france version of that game with very poor translation.

Im also not able to find that game anywhere online. If some in Germany does own the cart message me I can dump it.

I really would like to play that game again

Must have been super rare if it was Goodtools is one of the sets that tends to find old translations, versions and whatever else and add them to the list, and even ignoring the Chinese stuff it might well have tile hacked versions that romhacking.net ( http://www.romhacking.net/?page=tra...100&order=&dir=&title=&author=&transsearch=Go should be all the German translations there, as a rule the site does opt for things of some quality/notability to avoid the "I changed the starter pokemon" problem but I can't imagine something that old and even flawed would be skipped if known about), zophar's domain ( https://www.zophar.net/ https://www.zophar.net/search?search=dragon mentioning nothing) and whatever else lack. There were tourist trap ? in 1 carts at the time so I could well imagine there being someone dumping a translation on a cart and flogging that, though my knowledge of the German scene around that time is basically non existent, and various law changes as well as general attrition saw a lot of vintage German emulation/ROM hacking/news sites vanish.

https://github.com/kelledge/goodtools/blob/master/goodtools.gbx.txt
This is their entire list for Dragon Ball

Code:
They do have other German translations; do a page search on the link for "T+Ger" and it includes some very obscure things.

I would presume you remember the game well enough that it is not the "Legendaere Superkaempfer" version.

If you are really bored you might find something in https://web.archive.org/web/*/http://bubbz.pocketheaven.com/* that the other two lack but the index does not appear to be there so you will be going a bit more manual.
A

I was able to find a listing of the game it was sold as Dragonball Z 3 (english translation)
I bought it and will dump it afterwards. 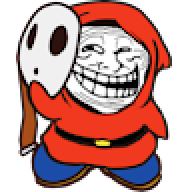 Would love to get one, where found?

Any site to order?

@ Psionic Roshambo: Yeah I'm 48 so for my age I feel insanely healthy lol 28 minutes ago
Chat 1