I was just thinking, "with the amount of attention Sky3DS is getting as a method to enable Gateway's OoT exploit to run on the New Nintendo 3DS, who knows if it might draw more attention from Nintendo, and they release a system update that blocks Sky3DS, or gateway, or both?"

then i was thinking, if I was part of Gateway's team, and I wanted to bring down Sky3DS, it would be pretty ingenious to release a long-awaited update that requires a particular retail game (knowing that you could use a 1:1 flash cart like sky3DS to run the exploit), and not just a particular game, but a certain revision of the cartridge... this would push users to find a workaround (Sky3DS) and put the workaround in the limelight too.. Gateway has an updatable FPGA, so even if Nintendo decides to move against both carts, in light of the publicity surrounding Gateway's support for the NEW Nintendo 3DS (via Ultra 3.1.0 release), Gateway could always have a much better solution ready to roll, and this whole OoT treehut name-overflow exploit could just be a clever way of becoming the only viable flash cart for the 3DS/N3DS!

[disclaimer] Please take this with a grain of salt.. actually you'll need a lot of salt. I'm just saying "what if", and it's more of a daydream than anything.. the product of stimulants and a tendency to find connections in things that aren't really connected - which has caused me lots of problems in the past, so now when i come up with these ideas, i take them with a grain of salt, and they're from my own head! [/disclaimer]

The only thing that would truly threaten Sky is if Gateway got games working on 9.5. Until that time, Sky has a certain advantage over GW.

The thing GW really needs to worry about is CFW, not Sky3ds. 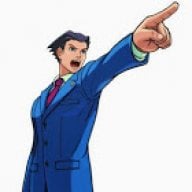 Or, you know. They found an exploit in a 3DS game. A 3DS game that happens to be downloadable/playable on another flashcard. Just like every other 3DS game.